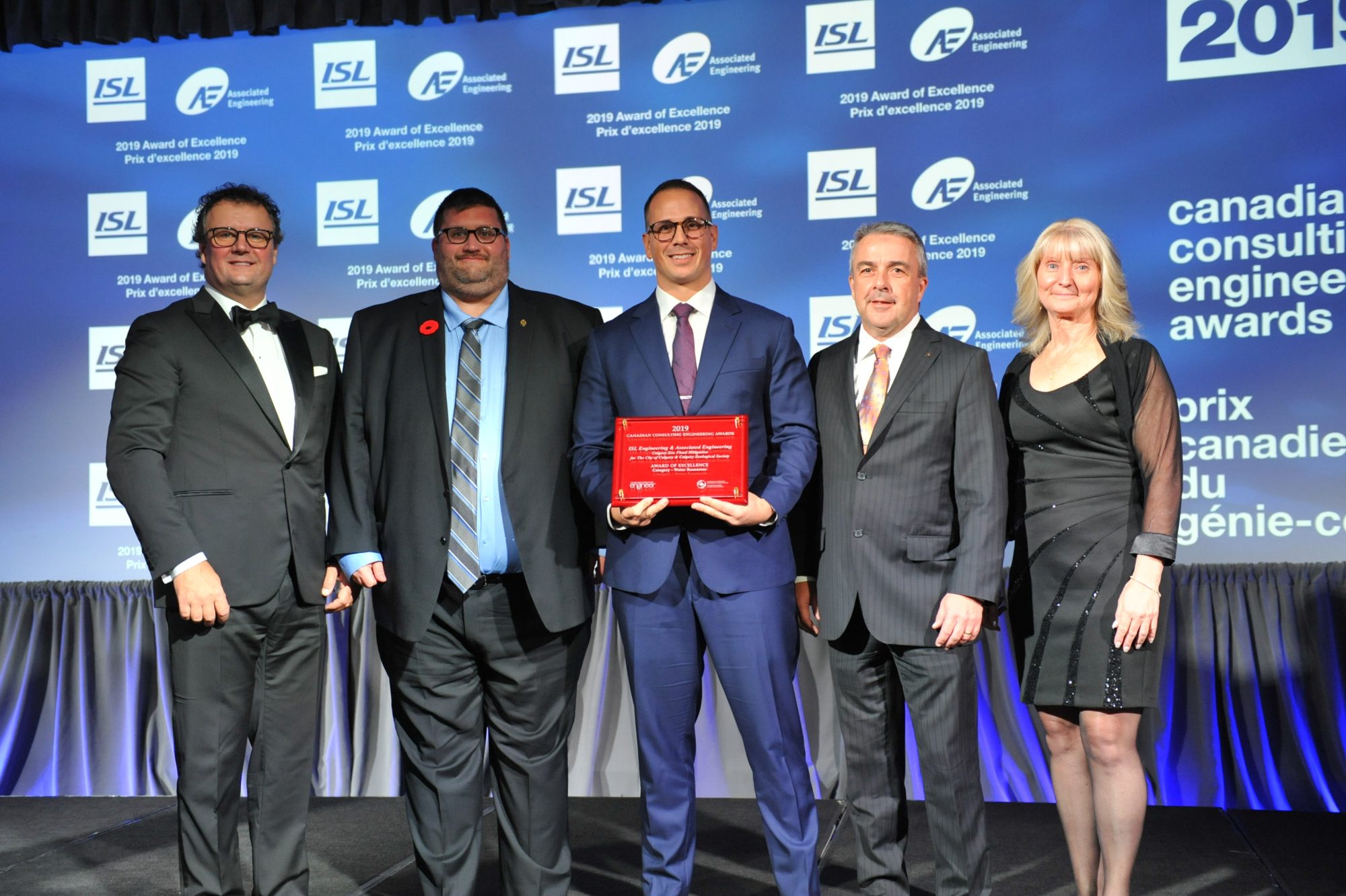 (OTTAWA) – Ensuring the continued operation of a world class facility and leader in wildlife conservation For its Calgary Zoo Flood Mitigation project, the joint consulting team of ISL Engineering and Land Services Ltd. & Associated Engineering earned an Award of Excellence. Retained by the City of Calgary following the worst flood in its history, which caused $50 M in damages to the Calgary Zoo in 2013, the team led the design and implementation of a flood mitigation plan in order to protect the zoo’s infrastructure and secure its future on St. George’s Island in the Bow River.

For the jury, this project – focused on problem solving and redundant design – showcases the true effectiveness of technical engineering.