This crossing would provide a critical link to support future development of surrounding communities. The biggest challenge was the presence of Priddis Slough.

The City of Calgary identified the need for the extension of 194 Avenue between Macleod Trail and the neighbourhood of Silverado, located in south Calgary. This would provide a critical link to support future development of surrounding communities, parks, light rail transportation routes and ring road connections. The biggest challenge was the presence of Priddis Slough, one of Calgary’s largest permanent waterbodies.

Located right between Macleod Trail and Silverado, crossing this waterbody had large environmental and geotechnical considerations that ultimately led to what may be one of the world’s tallest causeways. Additional technical complexities for the 194 Avenue crossing included the integration of pedestrian pathways, Canadian Pacific Railway (CPR) and light rail transit (LRT) crossings, wildlife crossings and emergency service routes.

ISL was retained to lead the design and construction of the 194 Avenue crossing, and through careful analysis, created a solution that seamlessly ties together surrounding communities, accommodates multi-mode transportation and leaves potential for future recreational space.

To ensure a successful design that preserved the Priddis Slough, ISL began by performing a biophysical impact assessment (BIA). Desktop studies and field surveys were both conducted. Through these studies, are rare plant known as the Western False Gromwell, was identified on the project east footprint. Four rare species were also found, the Canadian Toad and three migratory birds: the Bonaparte’sGull, Great Blue Heron and Horned Grebe. It was determined that Priddis Slough and the adjacent uplands provided habitat for a number of avian, amphibian and fish species, as well as small and large mammals including deer, mouse, owl, coyotes and the Northern Leopard Frog. It was determined that this area has been an increasingly disturbed landscape, and habitat connectivity should be maintained as much as possible throughout the 194 Avenue crossing. 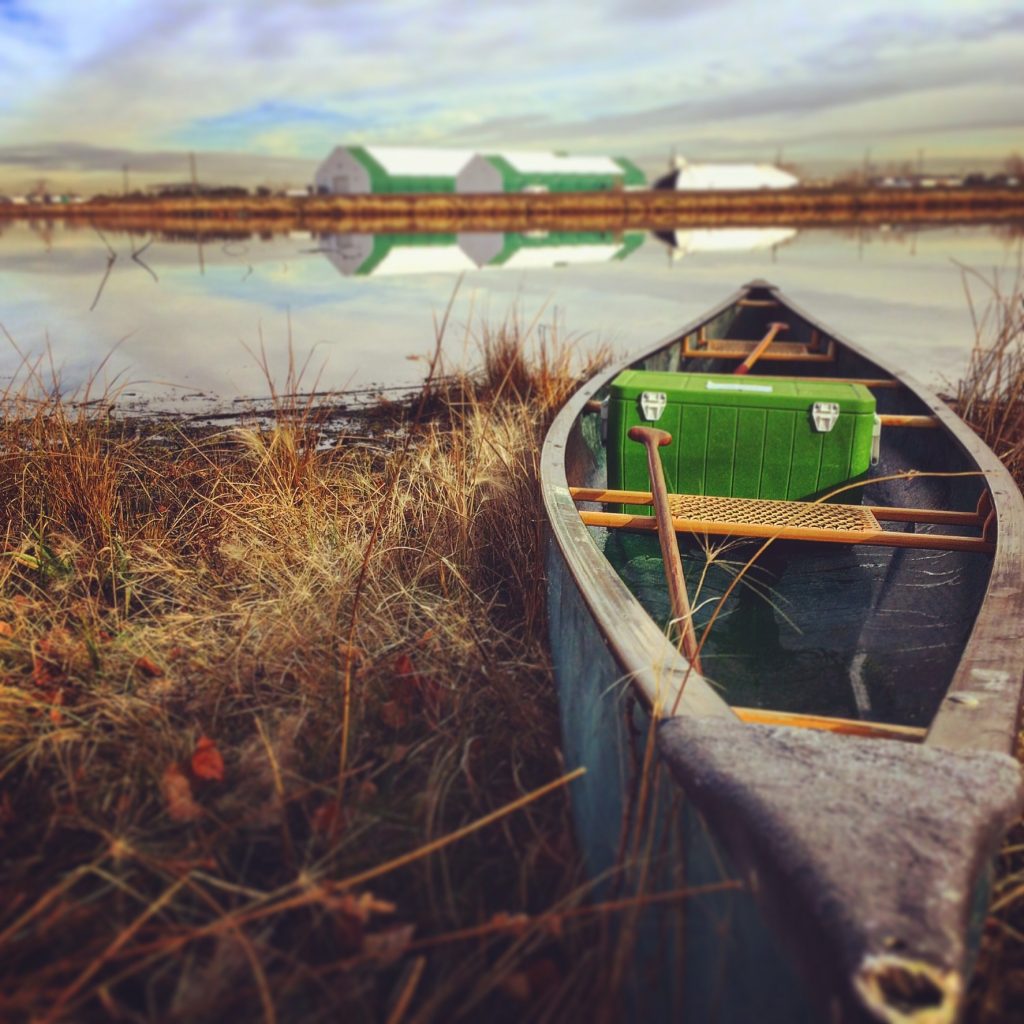 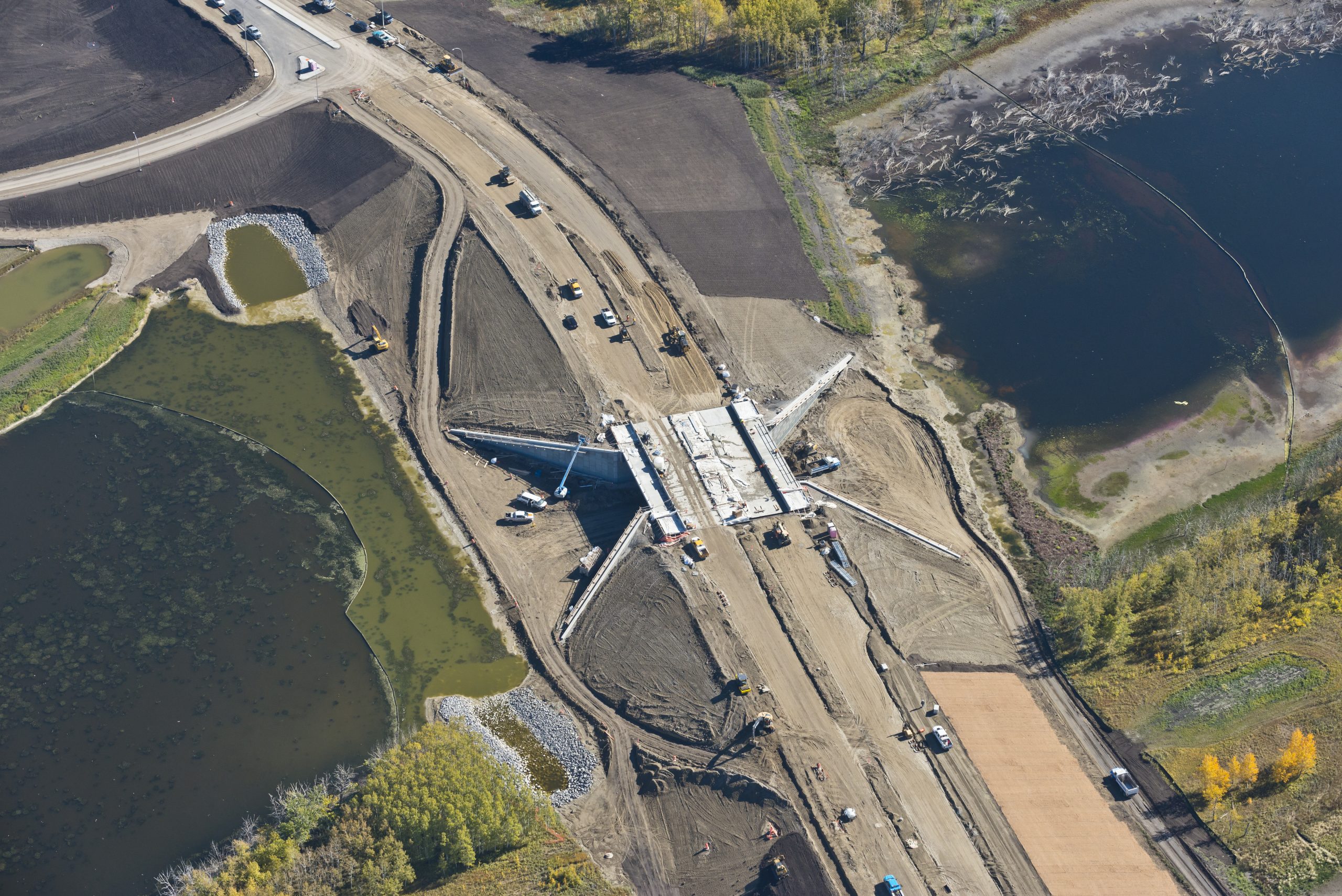 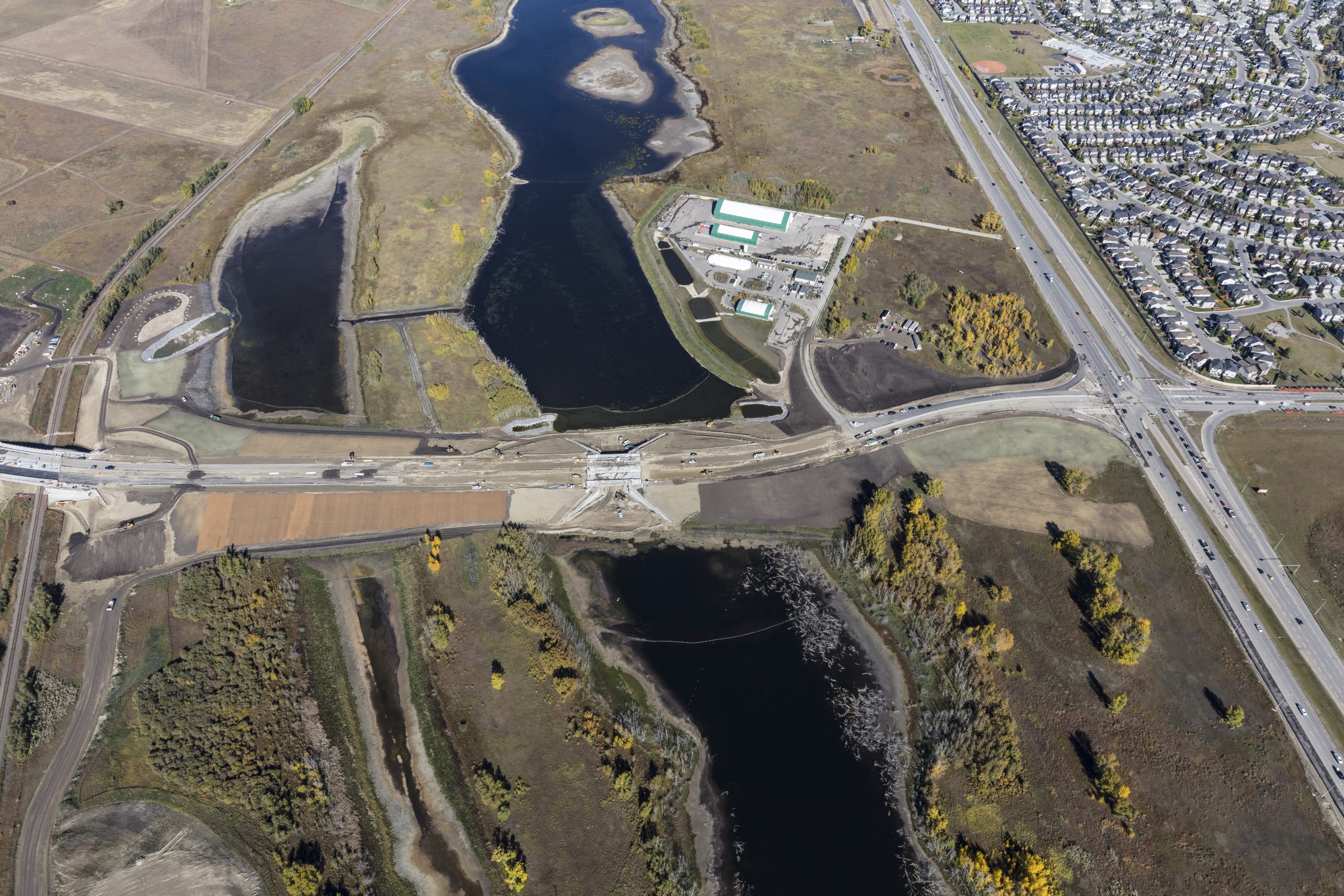 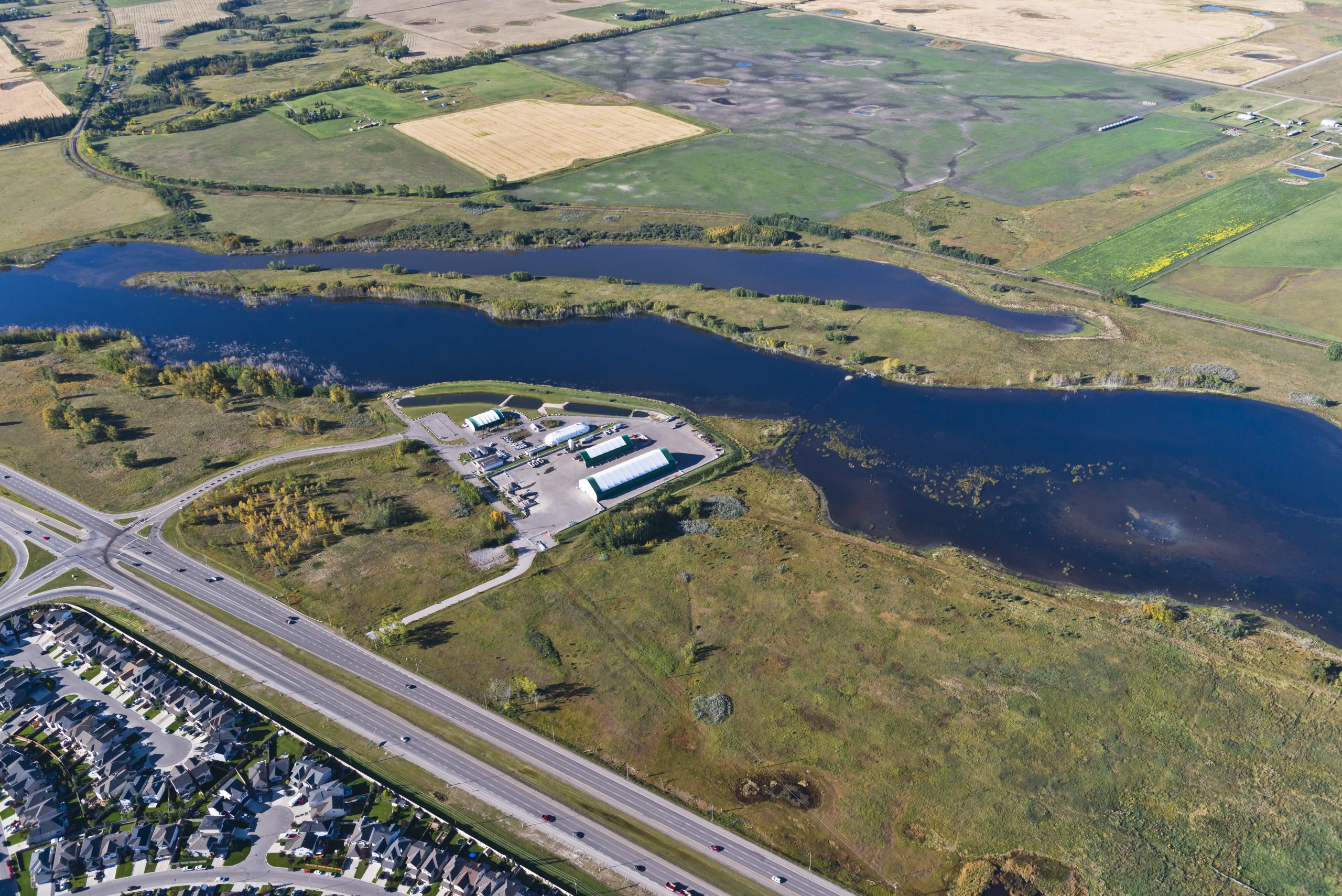 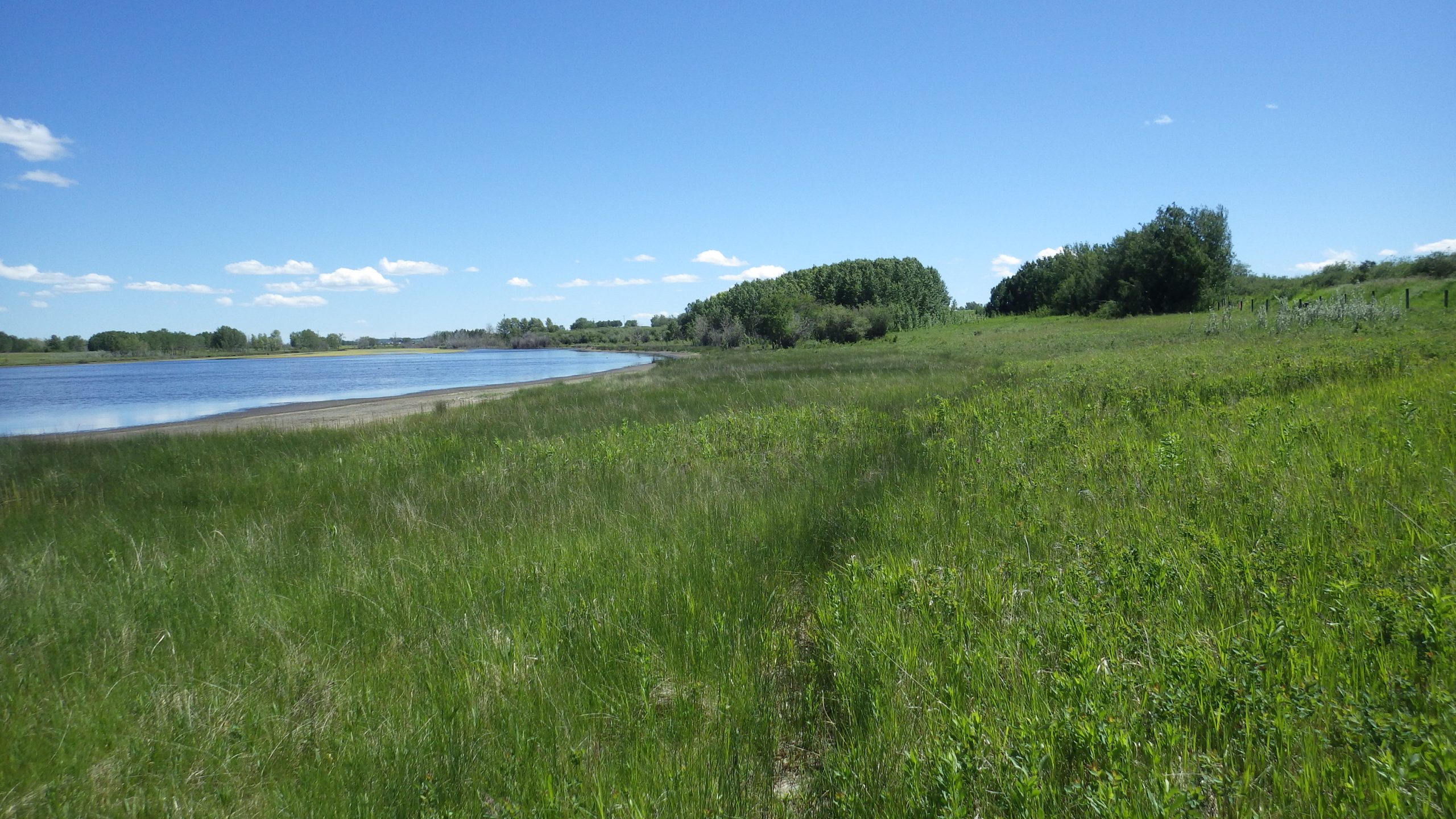 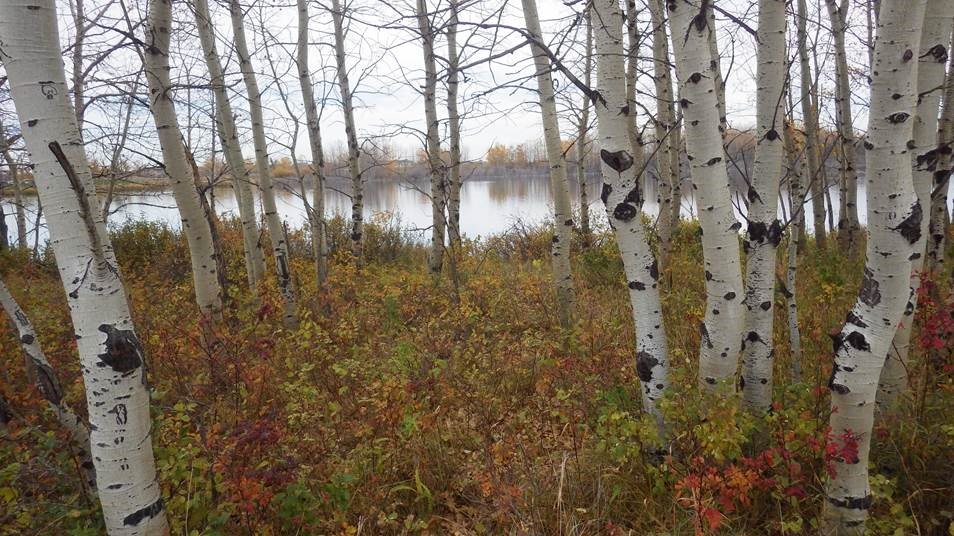 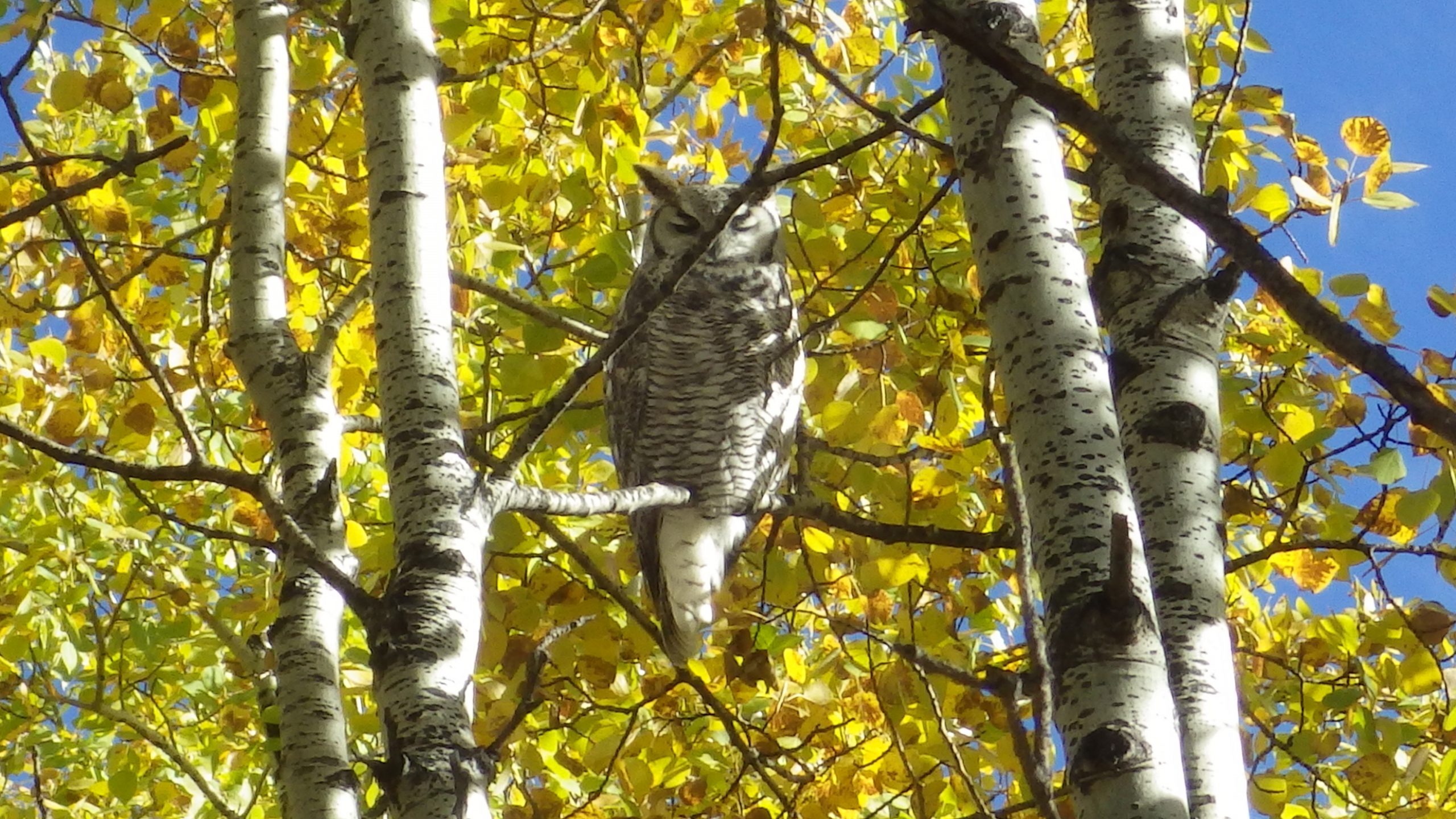 With environmental and geotechnical considerations in mind, the 194 Avenue crossing design also had to consider multiple connecting points. The new crossing would be connecting Macleod Trail, an existing service road, navigating around the Canadian Pacific Railway (CPR) track and Priddis Slough, and tying into the nearby Silverado neighbourhood.

A previous study from 2007 left it undecided whether 194 Avenue would go under the existing infrastructure, or go over. After further investigation, ISL determined the underpass option would present significant technical challenges due to saturated soils and impractical drainage. An overpass design was ultimately selected.

The design and construction for 194 Avenue proved to be a multi-disciplinary and integrated project. ISL combined expertise from Calgary, Edmonton and Canmore offices and utilized experts in transportation engineering, structural engineering, municipal engineering, geomatics, environmental management, 3D visualization and landscape architecture to bring the final project together.

Several Calgary communities will benefit from the connections the 194 Avenue crossing has made and can look forward to a flourishing recreational area for years to come.