ISL was retained by the BCI to define a route for the daylighting of Bowker Creek. This route would be used as a tool in future development decisions.

Bowker Creek is an urban creek that travels through the University of Victoria campus, Saanich and Victoria before merging into the ocean through Oak Bay. Nearly eight kilometers long, the creek has seen much of itself hidden underground to accommodate urban development. In an effort to improve stormwater management, recreational opportunities, water quality and riparian life, the Bowker Creek Urban Watershed Renewal Initiative (BCI) was developed. The BCI is a collaboration between the Capital Region District (CRD), Oak Bay, Saanich, Victoria, the Greater Victoria School District, the University of Victoria and local community groups. As part of the BCI’s 100- year action plan to restore the Bowker Creek Watershed, a goal was set to daylight as much of the creek as possible. Recent efforts for daylighting have been hindered by the absence of a well-defined, long-term creek layout and insufficient planning processes that capitalize on redevelopment opportunities.

ISL was retained by the BCI to define a route for the daylighting of Bowker Creek. This route would be used as a tool in future development decisions. Over time, as lands are re-developed and major infrastructure approaches renewal, daylighting factors can be considered in the planning stages, eventually working to bring light and life back to Bowker Creek. ISL delivered a thorough daylighting plan, integrating the use of land use planning and infrastructure redevelopment planning. All members of the BCI were involved throughout the planning process, allowing ISL to integrate known future development plans into the daylighting feasibility study. The best longterm route was presented, which considers the incorporation of green corridors such as parks and trails, construction impacts and flood mitigation. 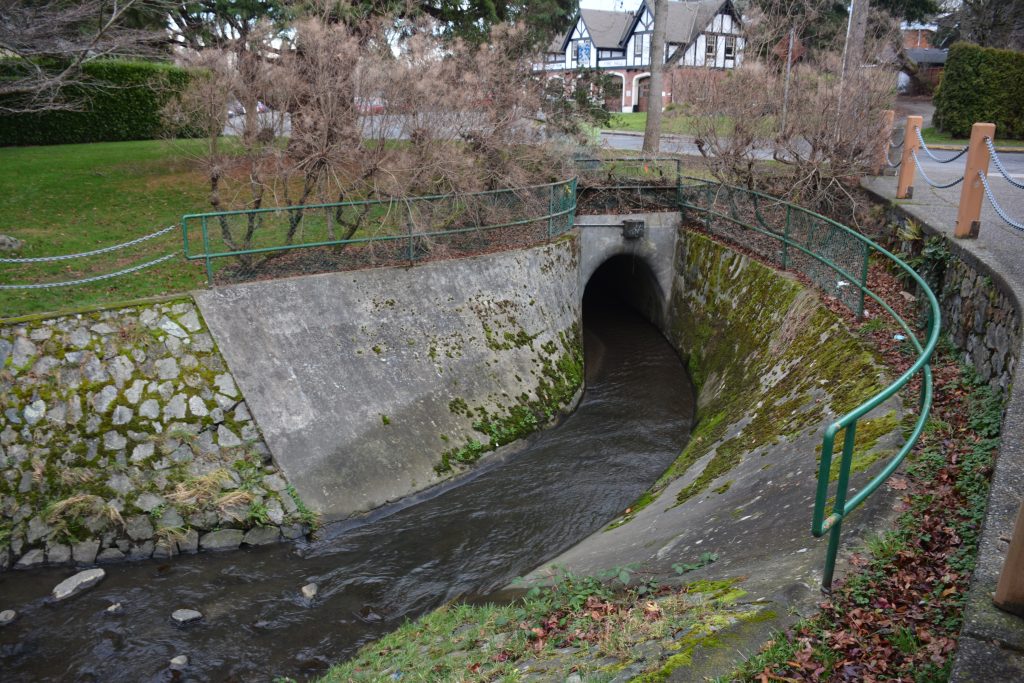 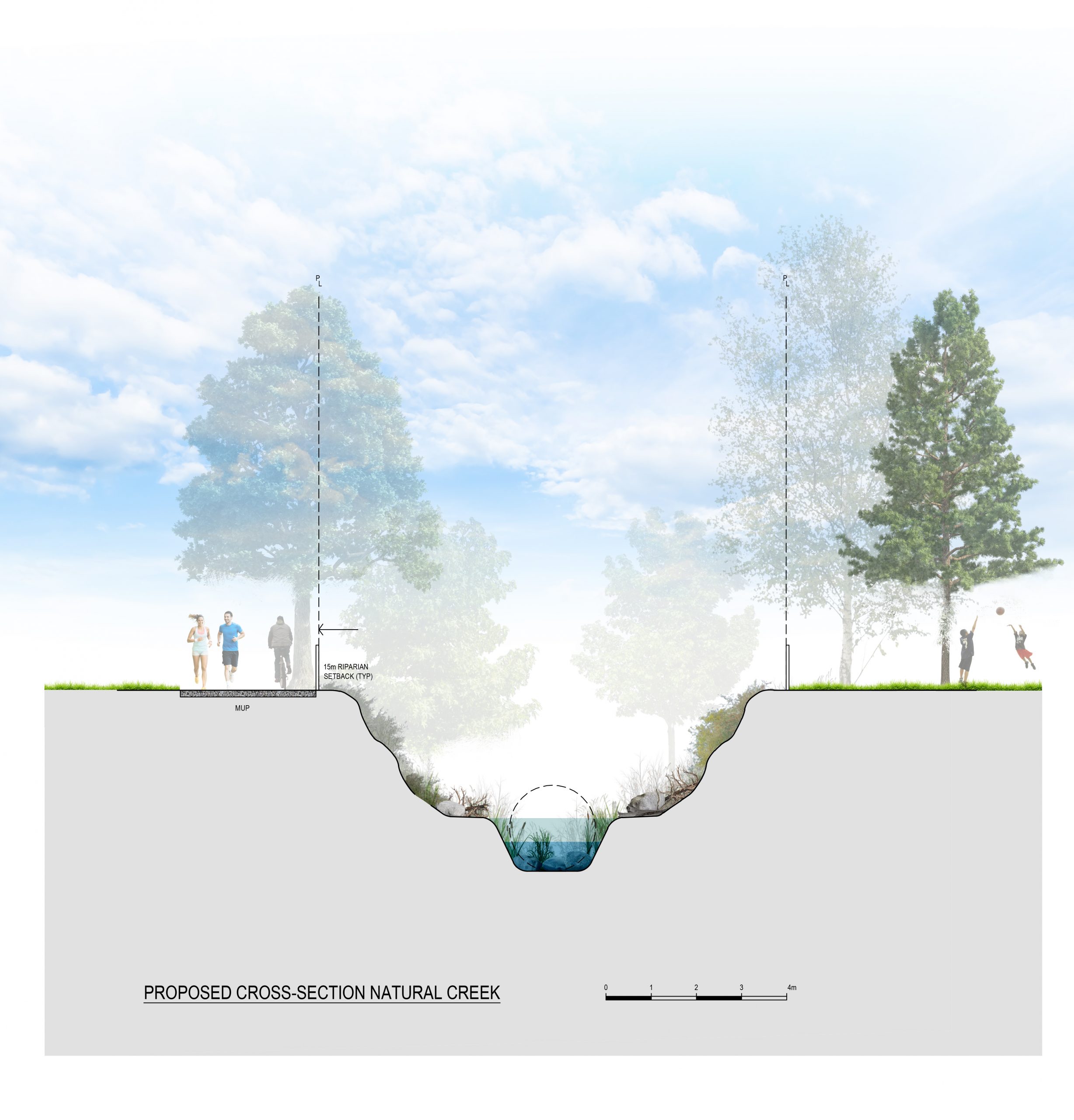 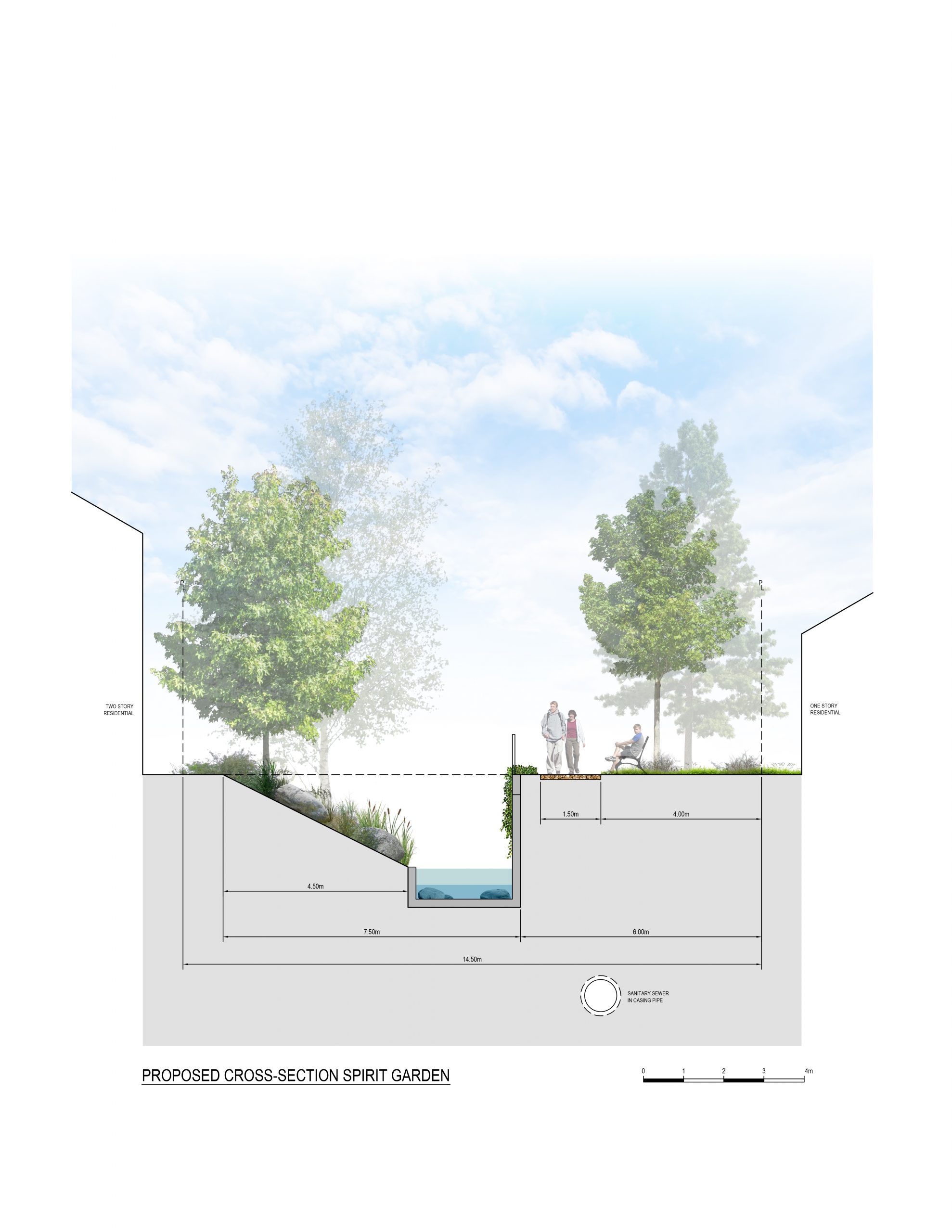 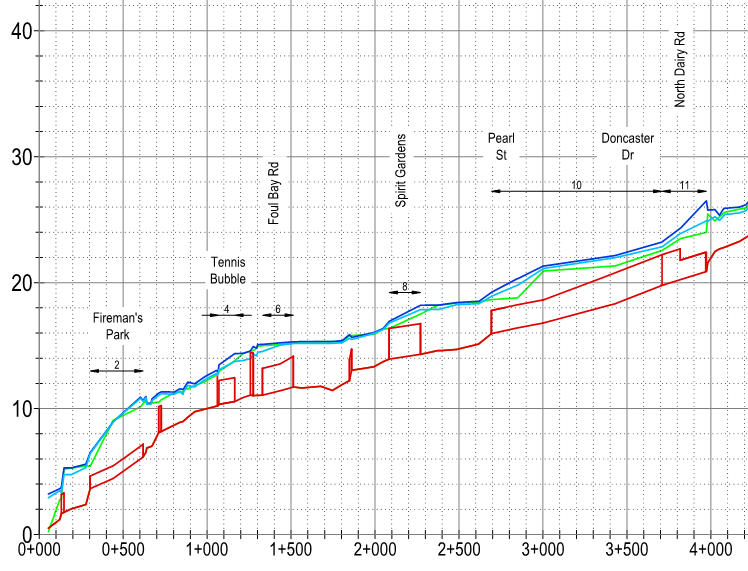 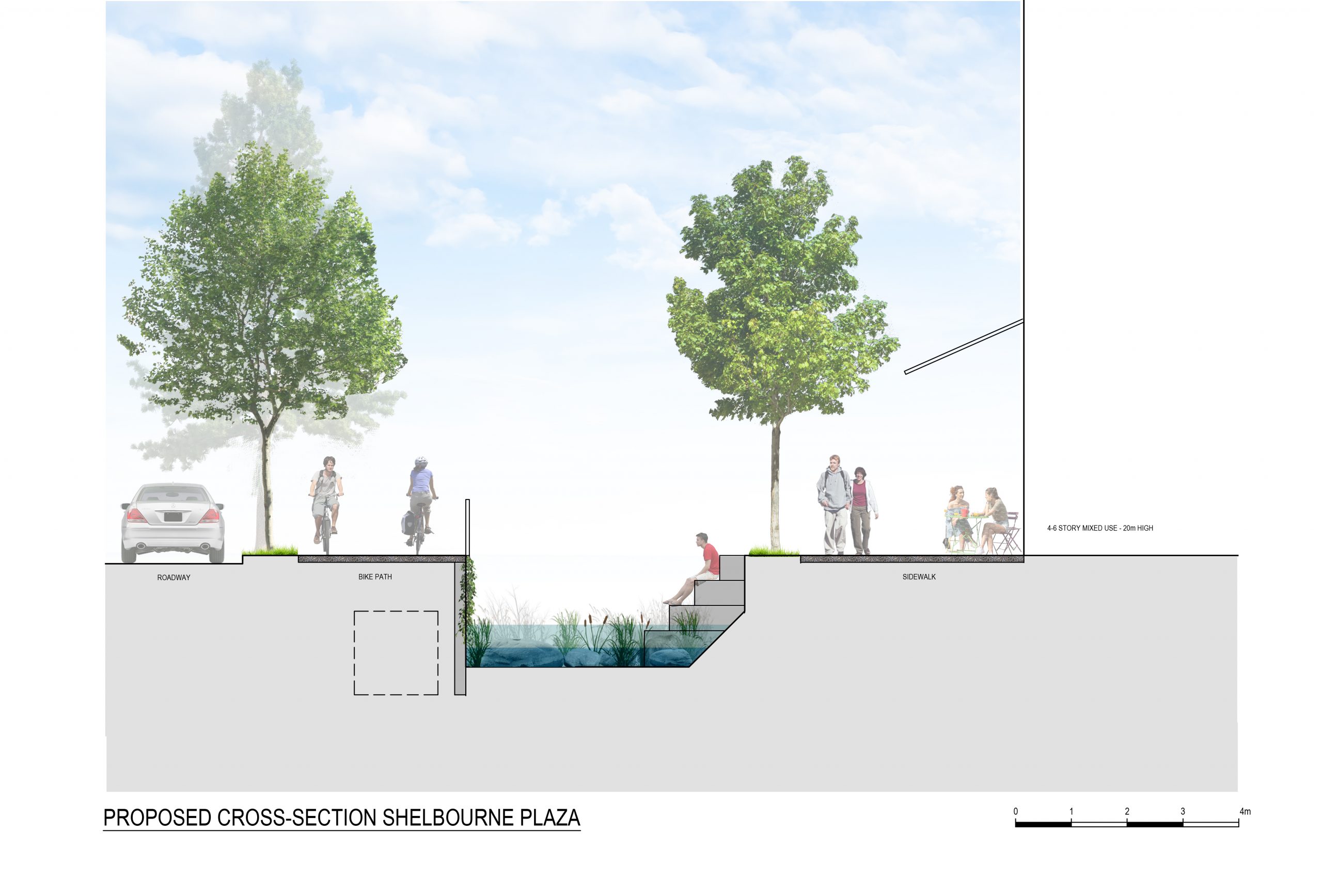 To date, the BCI had experienced limited success in daylighting due to the lack of a defined route and a land use plan strategy that would allow for the corridor to be acquired. ISL knew strategic planning had to take place to ensure the feasibility of bringing light back to Bowker Creek.

Through considering the three key factors of flood mitigation, environmental stewardship and building the community, ISL used extensive data and research to determine a feasible daylighting plan for Bowker Creek. The plan outlines the role of land use planning and infrastructure redevelopment planning in the daylighting effort, identifies the best long-term route, and assess options for incorporating trail systems, stormwater management and wetland options.

The BCI now holds a reliable daylighting plan to use as a resource to help guide future development, and are finally on their way to achieving the 100-year action plan of bringing light and life to Bowker Creek.