The 2013 flood was among the worst in Calgary’s history. Protecting the Calgary Zoo’s infrastructure and securing its future on St. George’s Island in the Bow River was the overall goal of the project.
Client: Calgary Zoological Society

The Calgary Zoo was among the first zoos in Canada to be accredited by all three global Zoological Associations and receives international recognition as one of the top zoos in the world for conservation research.

With St. George’s Island located at the confluence of the Bow and Elbow Rivers, the Calgary Zoo has been subject to many flood events throughout its history. Along with much of Southern Alberta, record flooding occurred on the Bow and Elbow Rivers in June 2013. The Calgary Zoo was inundated and without power in the early morning hours of June 21, having had less than 10 hours’ notice to enact their flood operations plan. In that time, without a single loss or incident, the Zoo evacuated as many animals as possible from the collection of more than 200 animals on the island. As the floodwaters receded, the cleanup began in the days and months that followed and questions arose about the future viability of the Zoo’s island home. 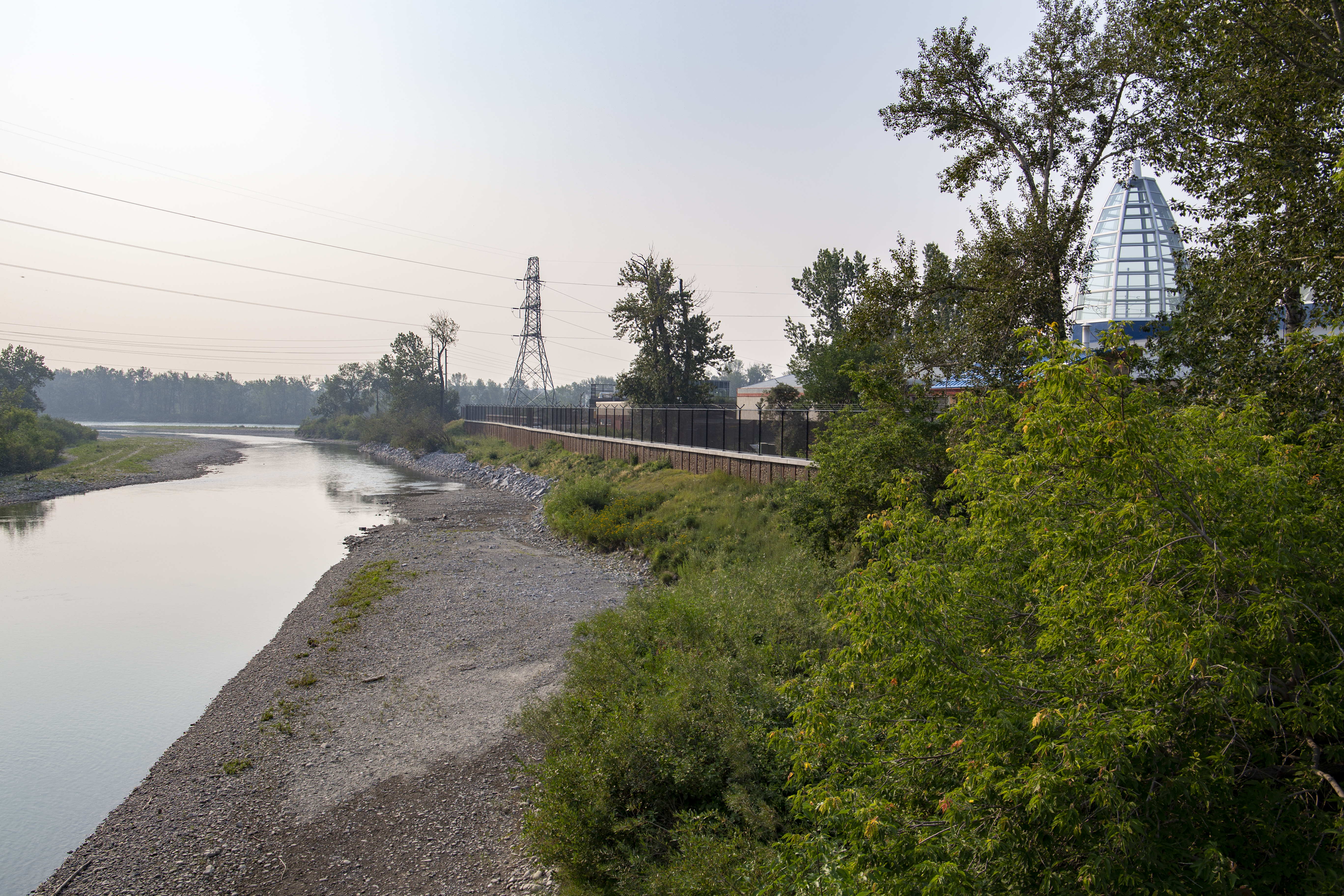 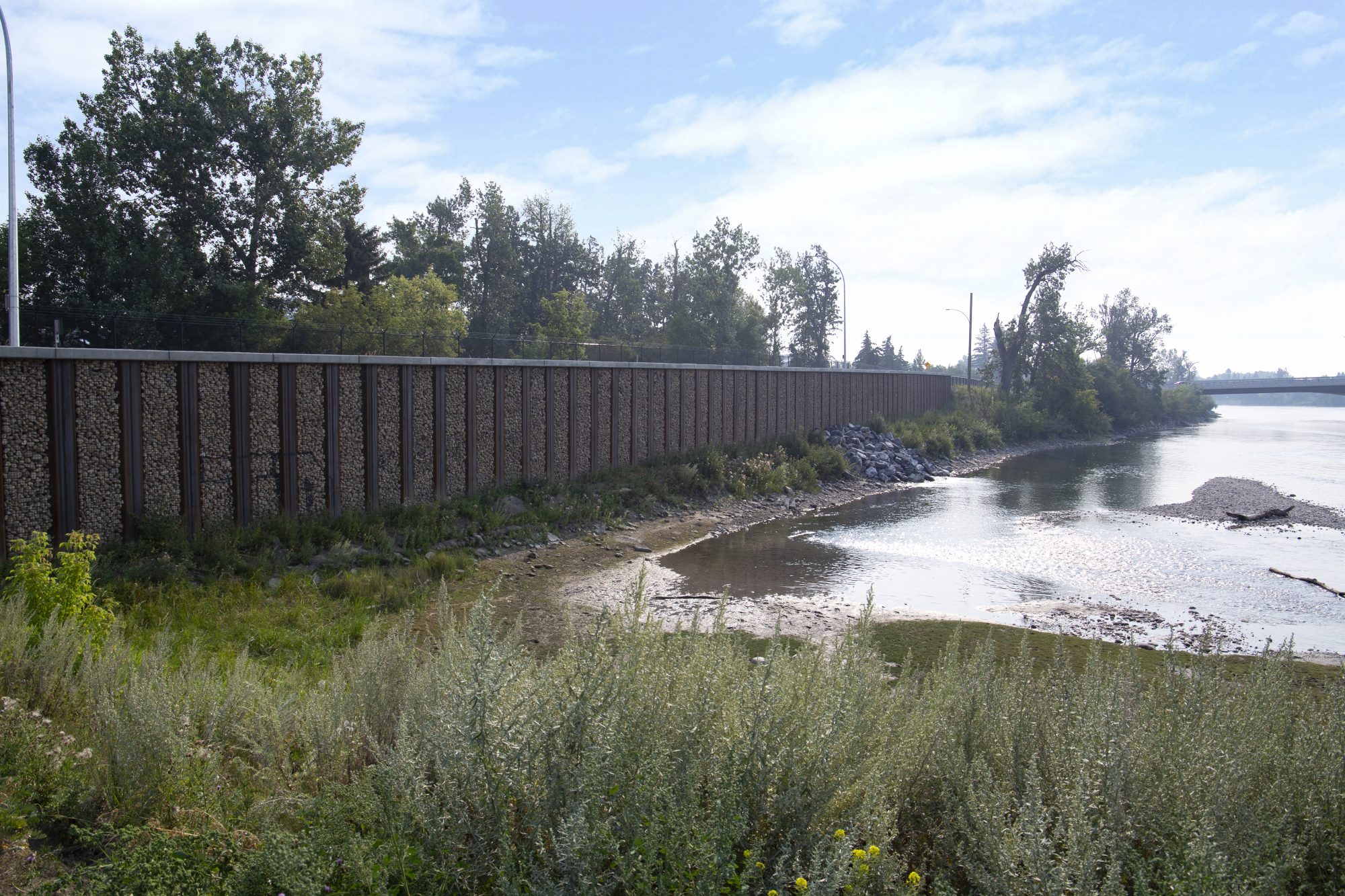 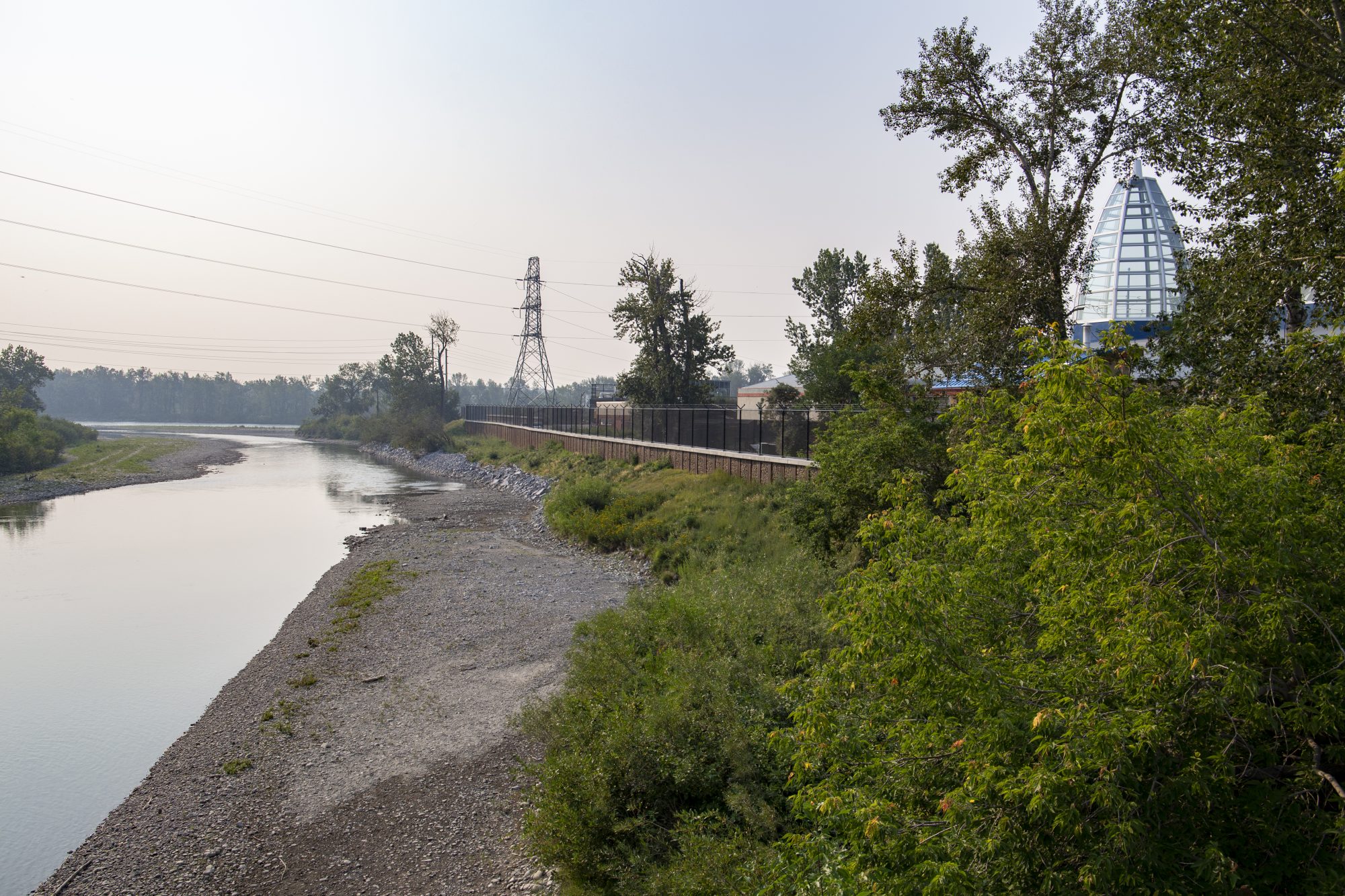 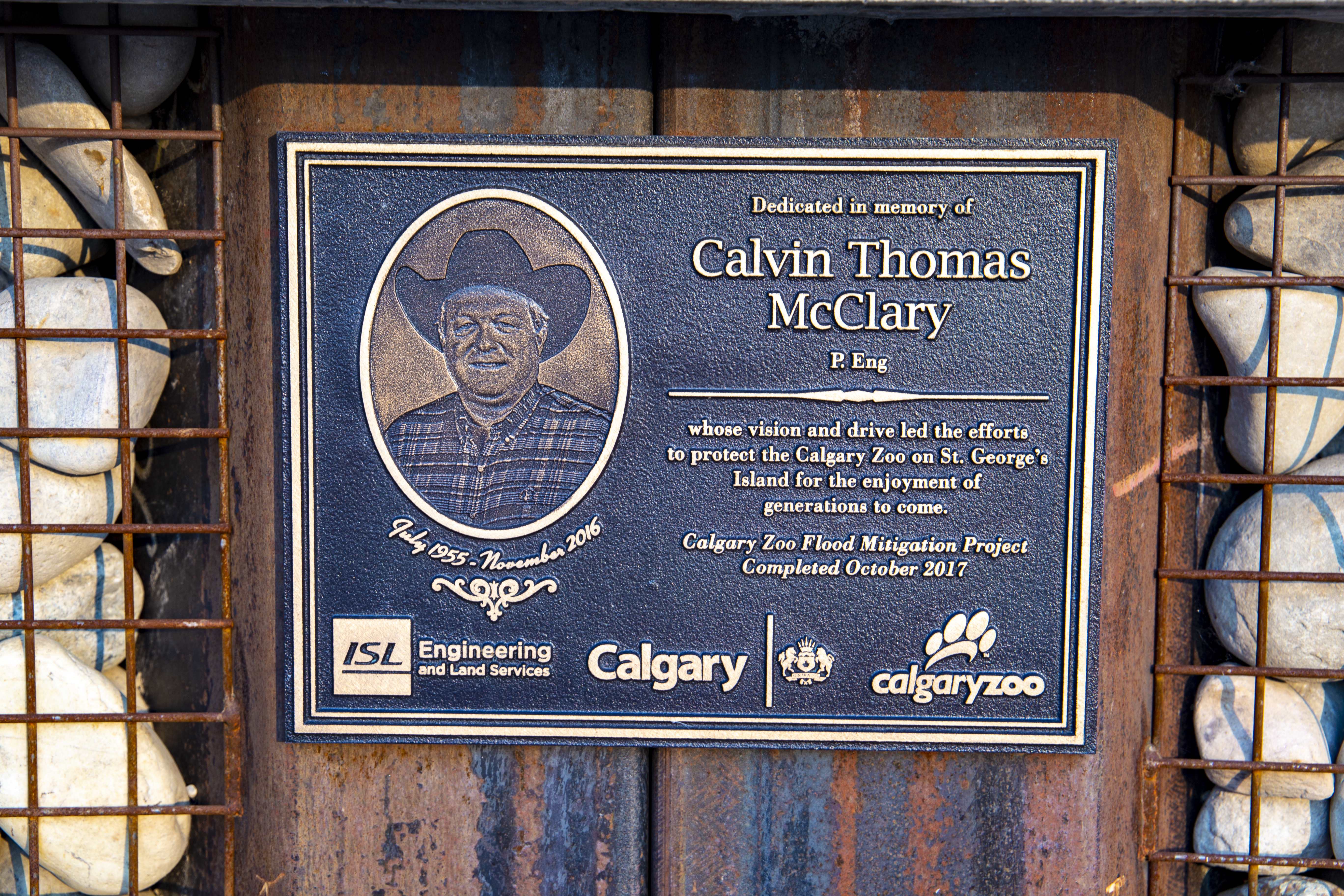 The Flood Mitigation project represents the technical leadership of the consulting engineering team both in its early recognition that flood protection was needed both above and below the ground surface, and then in developing a unique solution to protect the island within a sealed sheet pile wall, with a dewatering system that has been fieldtested to ensure protection of critical zoo infrastructure and animals from a 1:100-year flood event.

It was a testament of Cal McClary’s project leadership that, when he unexpectedly passed in November 2016, the rest of the team were able to overcome extraordinary circumstances while continuing to execute his vision through the final construction and commissioning phases. The project was dedicated in Cal’s honour recognizing his critical role in preserving and protecting the Calgary Zoo on St. George’s Island. As one of the city’s most iconic landmarks with nearly a century of history, the Calgary Zoo will remain in its founding location, operating a world class facility as Canada’s leader in wildlife conservation and a destination for global tourism for the enjoyment of future generations.

On behalf of the Calgary Zoo Management Team, I would like to personally thank you and each and every team member for their commitment, their level of professionalism and most importantly their level of respect displayed for each other during the entire execution of the projects.

Whether it’s an organization or a project, for me its “all about people” and that philosophy leads to these type of successes and this project was very successful! I am also happy to say that I believe Cal would be very proud of not only what was accomplished but how itwas accomplished!