ISL Engineering and Land Services (ISL) developed a fish passage and stream enhancement plan to satisfy the Department of Fisheries and Oceans Canada (DFO), the Ministry of Forests, Lands and Natural Resource Operations (MFLNR) and the City of Maple Ridge. The City previously attempted to offset the project impacts with an earlier proposal (by others) at another location, but this was rejected by DFO. ISL was then retained by the City to develop an alternate proposal to satisfy DFO’s offsetting requirements for a nearby road upgrade project.

In the first summer after completion of the fish ladder, 110 coho and five cutthroat trout were found within the formerly non-fish bearing reach. 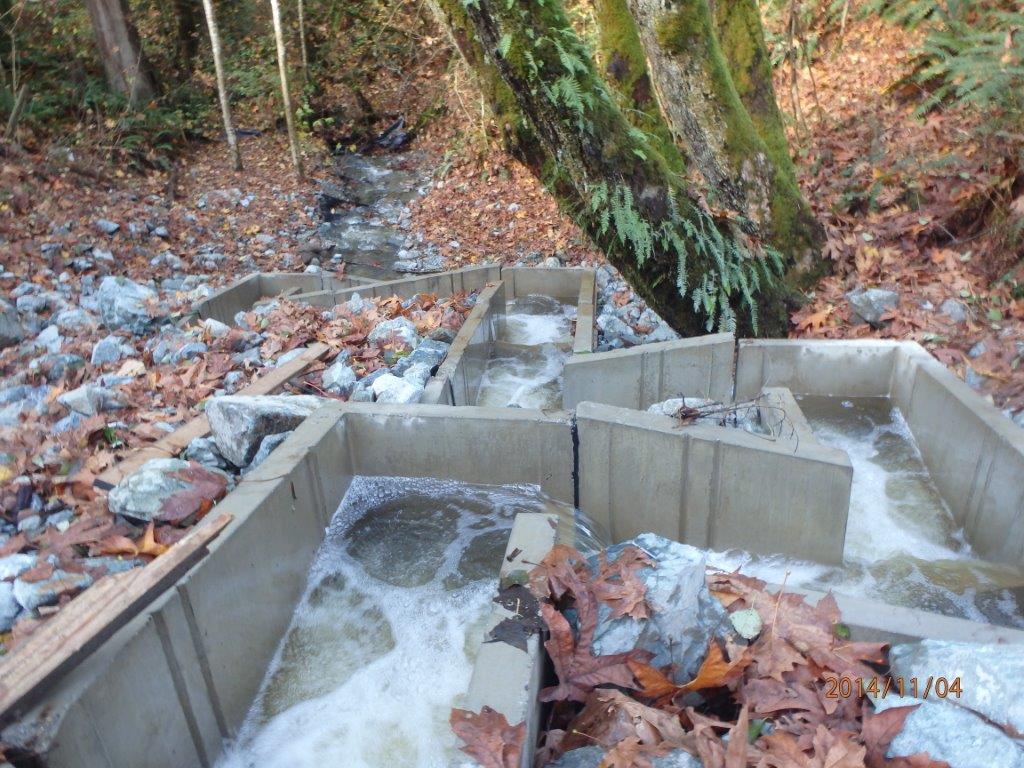 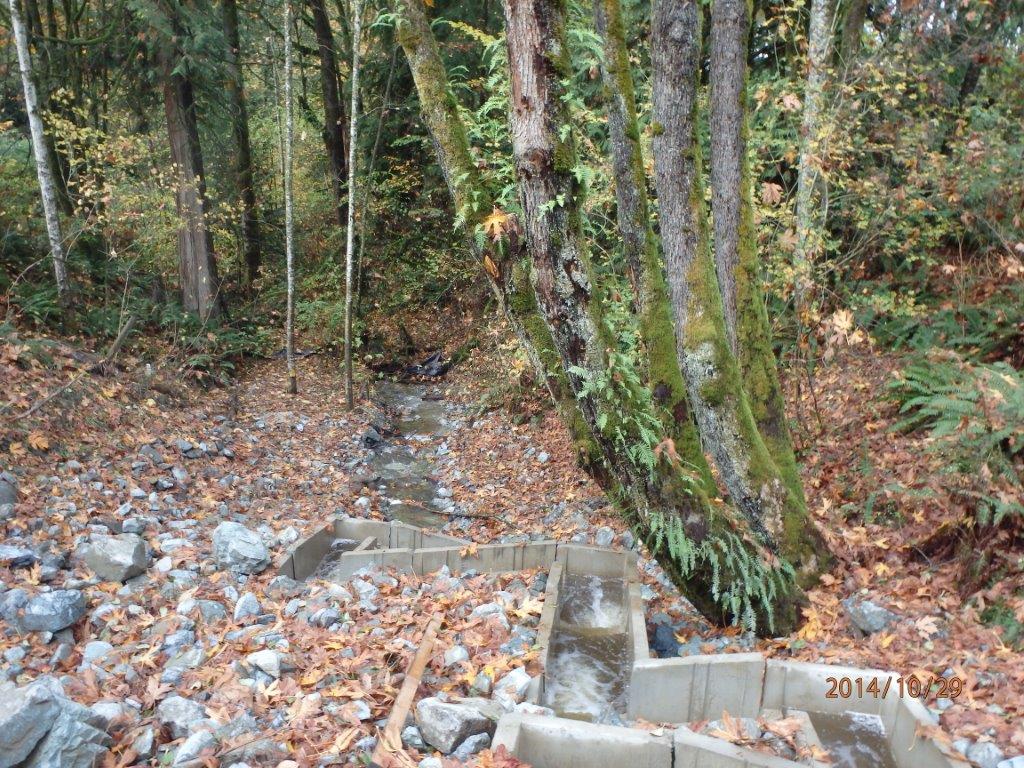 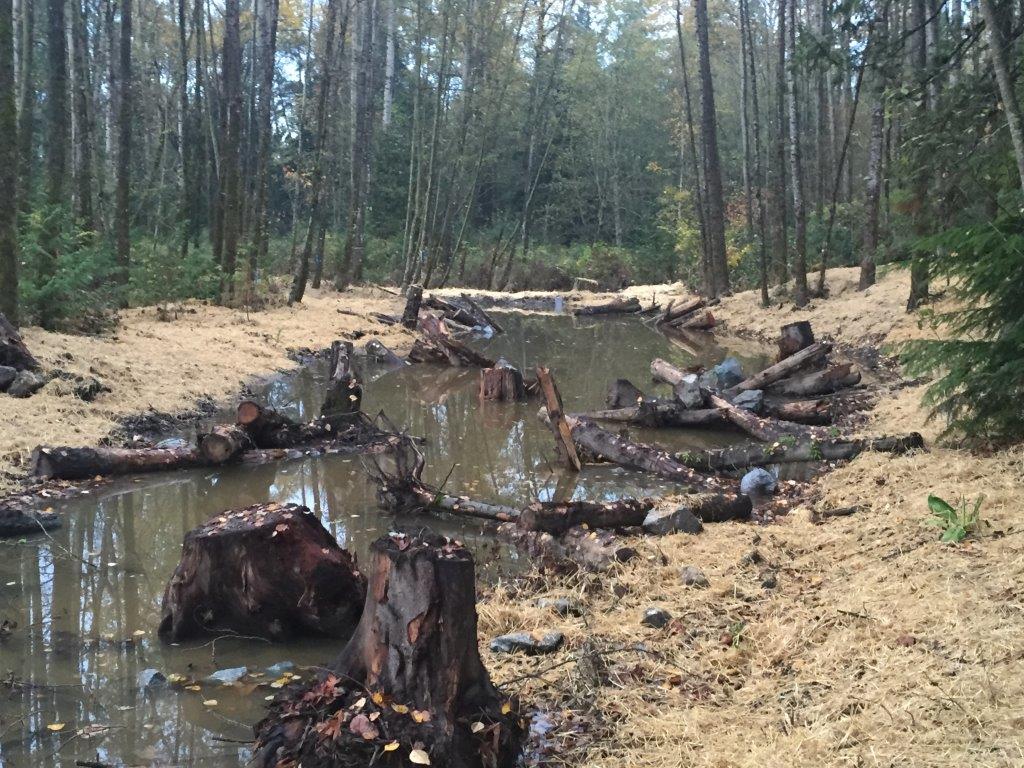 ISL investigated the location and analyzed  all options, ultimately choosing to design a pre-cast fish ladder combined with a fishway culvert as the most cost effective approach.

ISL also designed and monitored construction of a headwater off-channel pond which provided 1200 m2 of rearing habitat and ameliorated seasonal drying that had previously impacted the stream’s headwaters.