ISL was retained in 2016 to complete a condition assessment and recommend design options for the five bridges that are part of this segment of the trail system.
Client: City of Edmonton

Originally built in 1902, the timber trestle bridges were part of the Edmonton, Yukon and Pacific Railway. The bridges initially connected the railway that ran between Edmonton and Calgary and was the first link across the North Saskatchewan River. The trestle bridges were later converted for pedestrian use beginning in the 1970’s.

ISL was retained in 2016 to complete a condition assessment and recommend design options for the five bridges that are part of this segment of the trail system: three historic trestle bridges and two smaller single-span bridges. 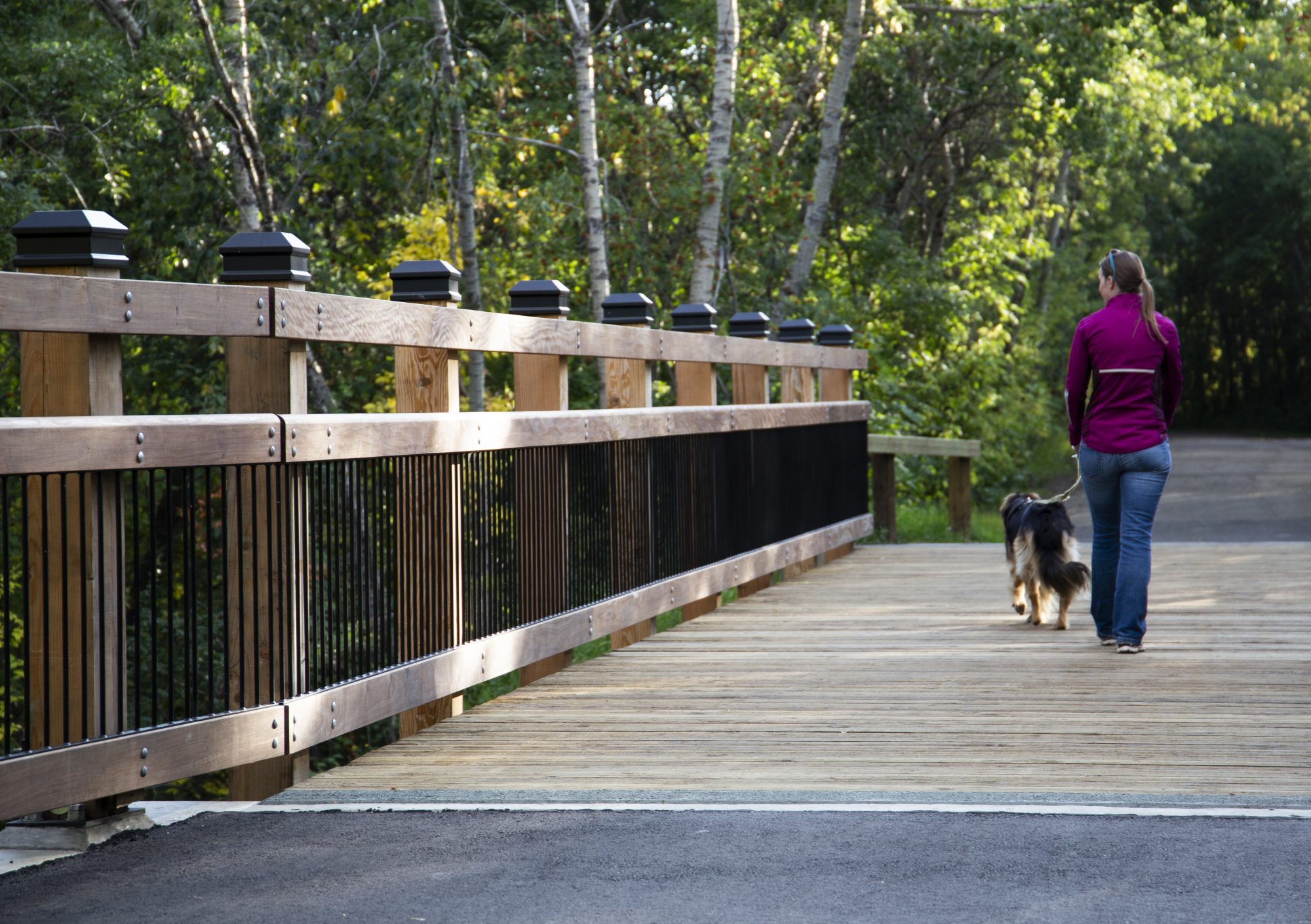 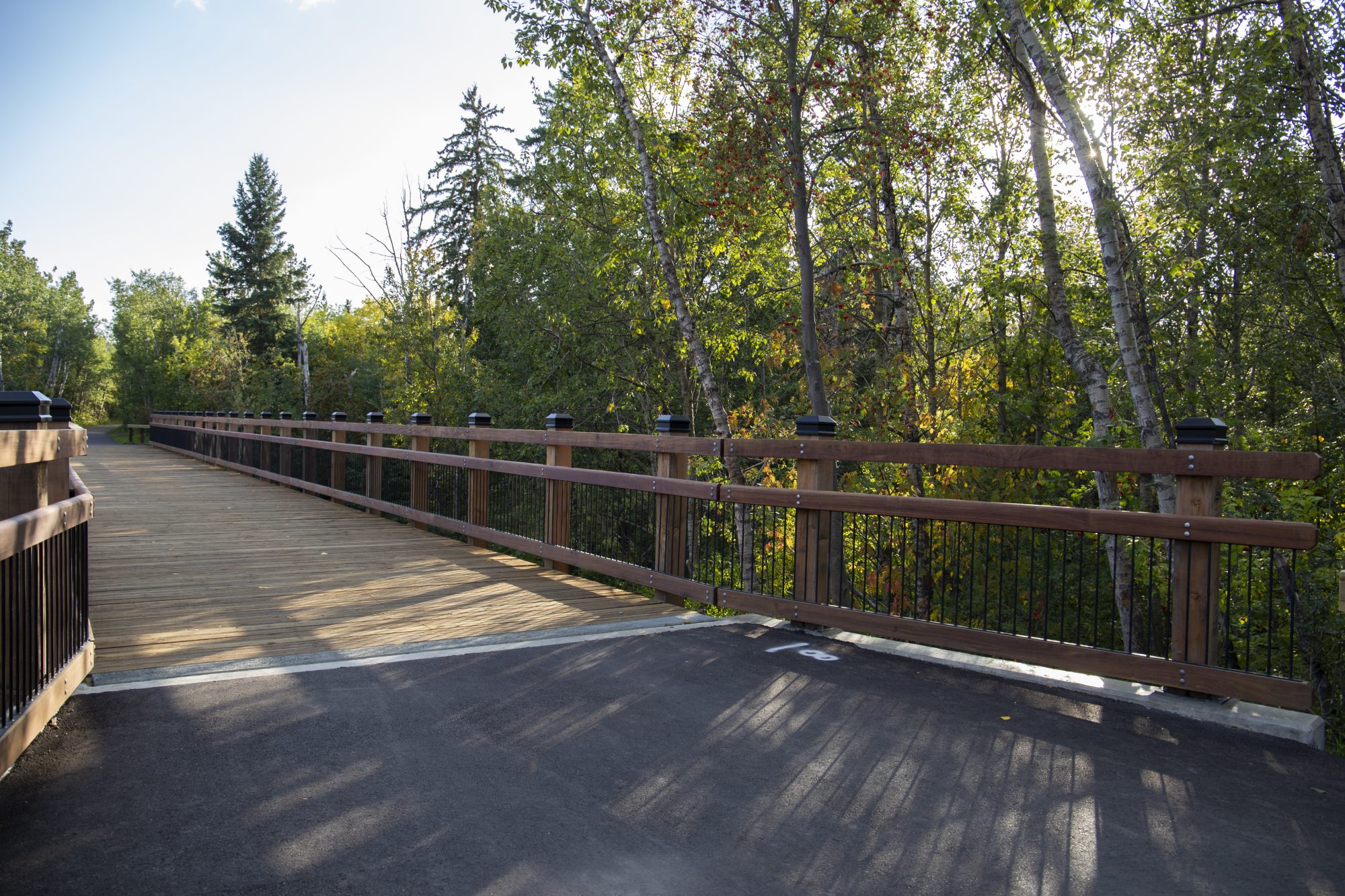 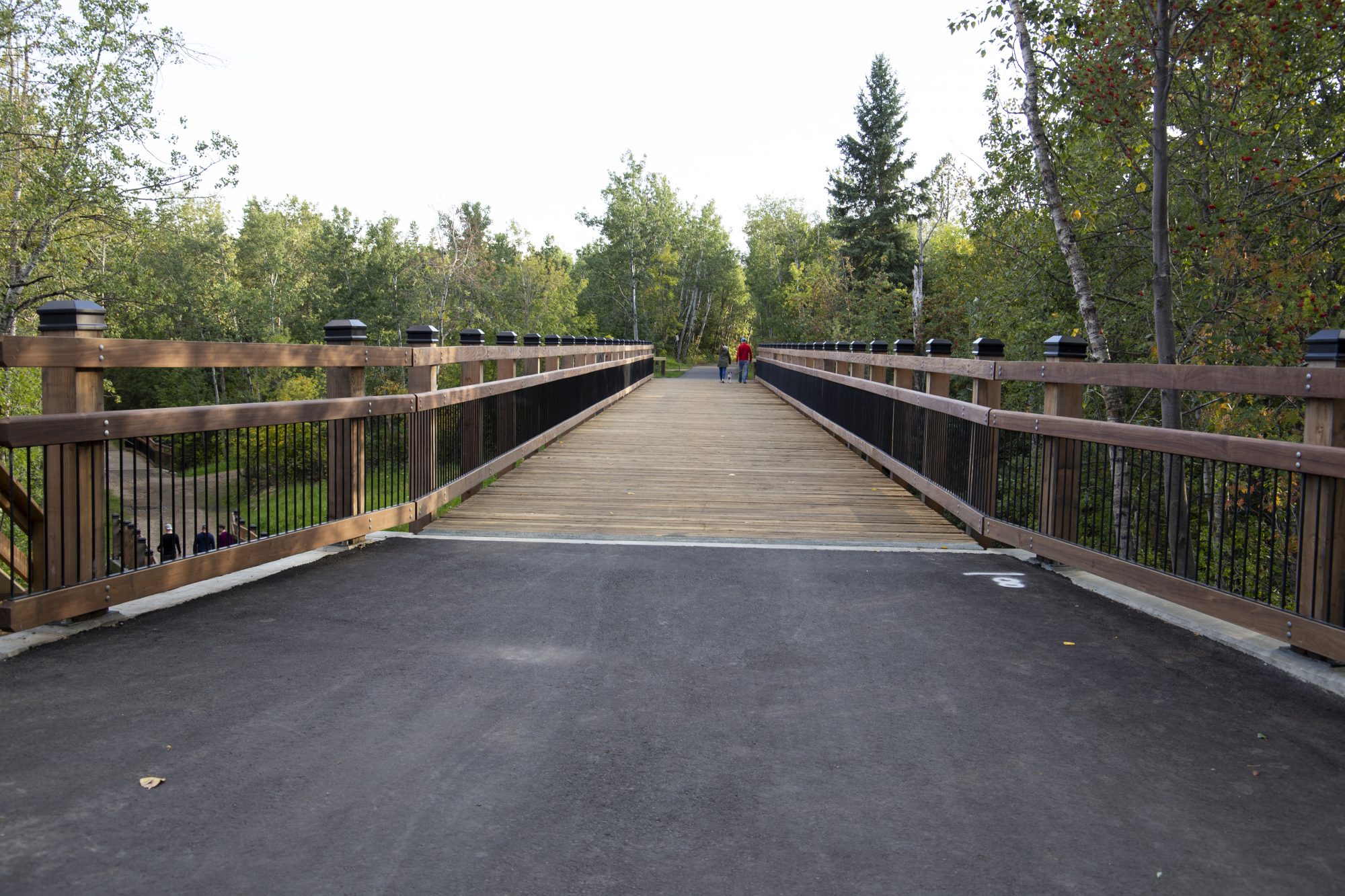 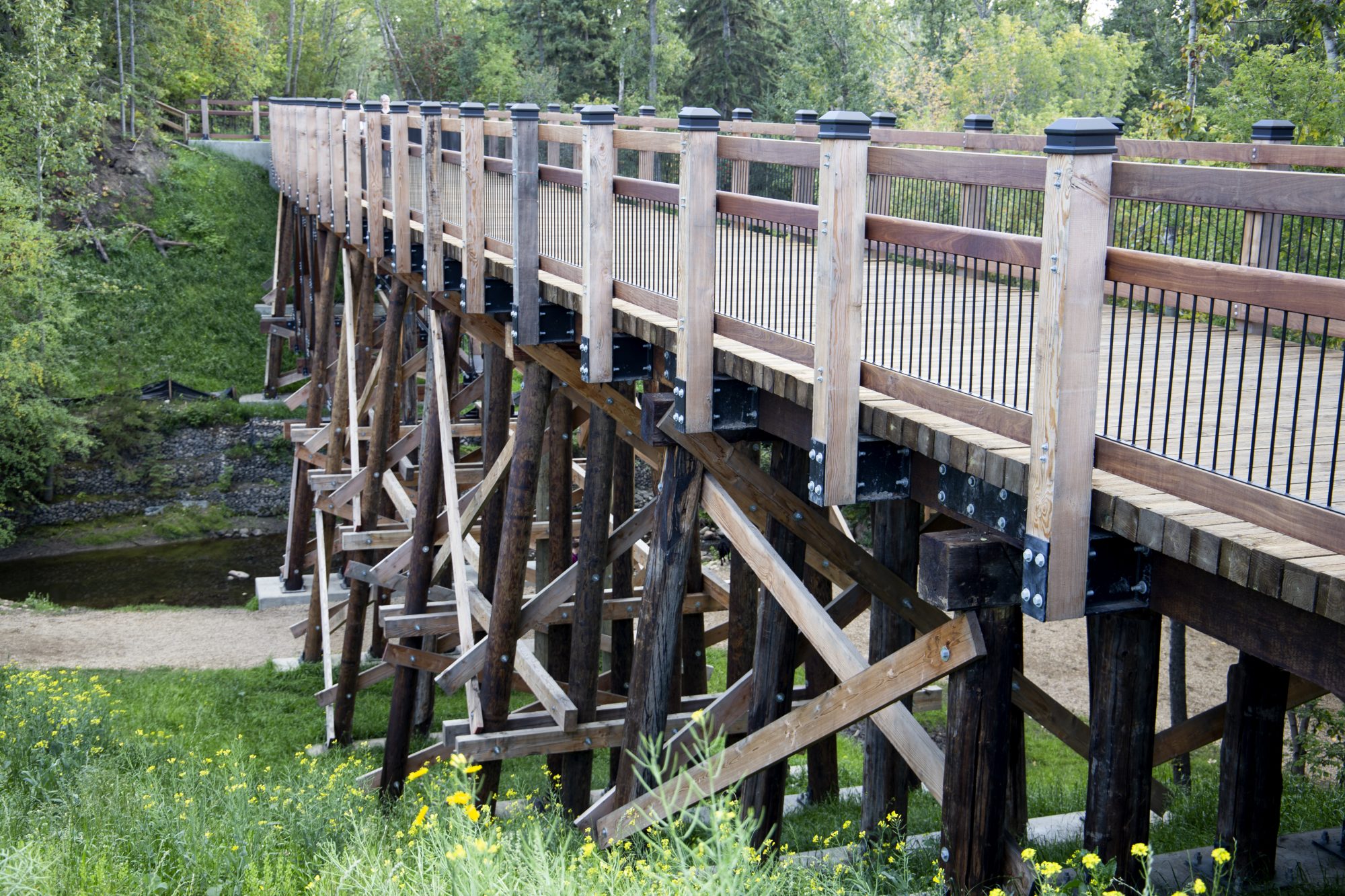 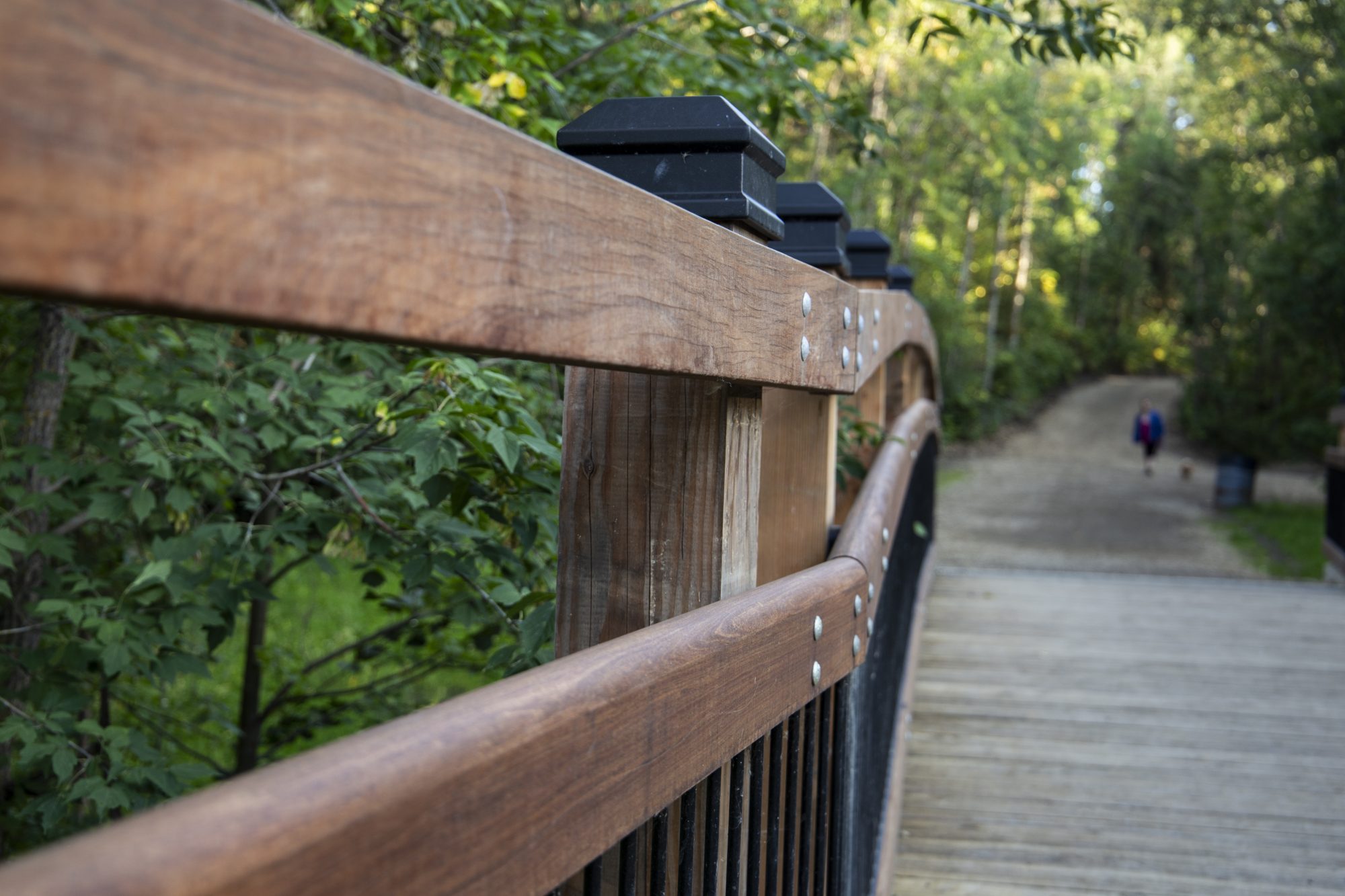 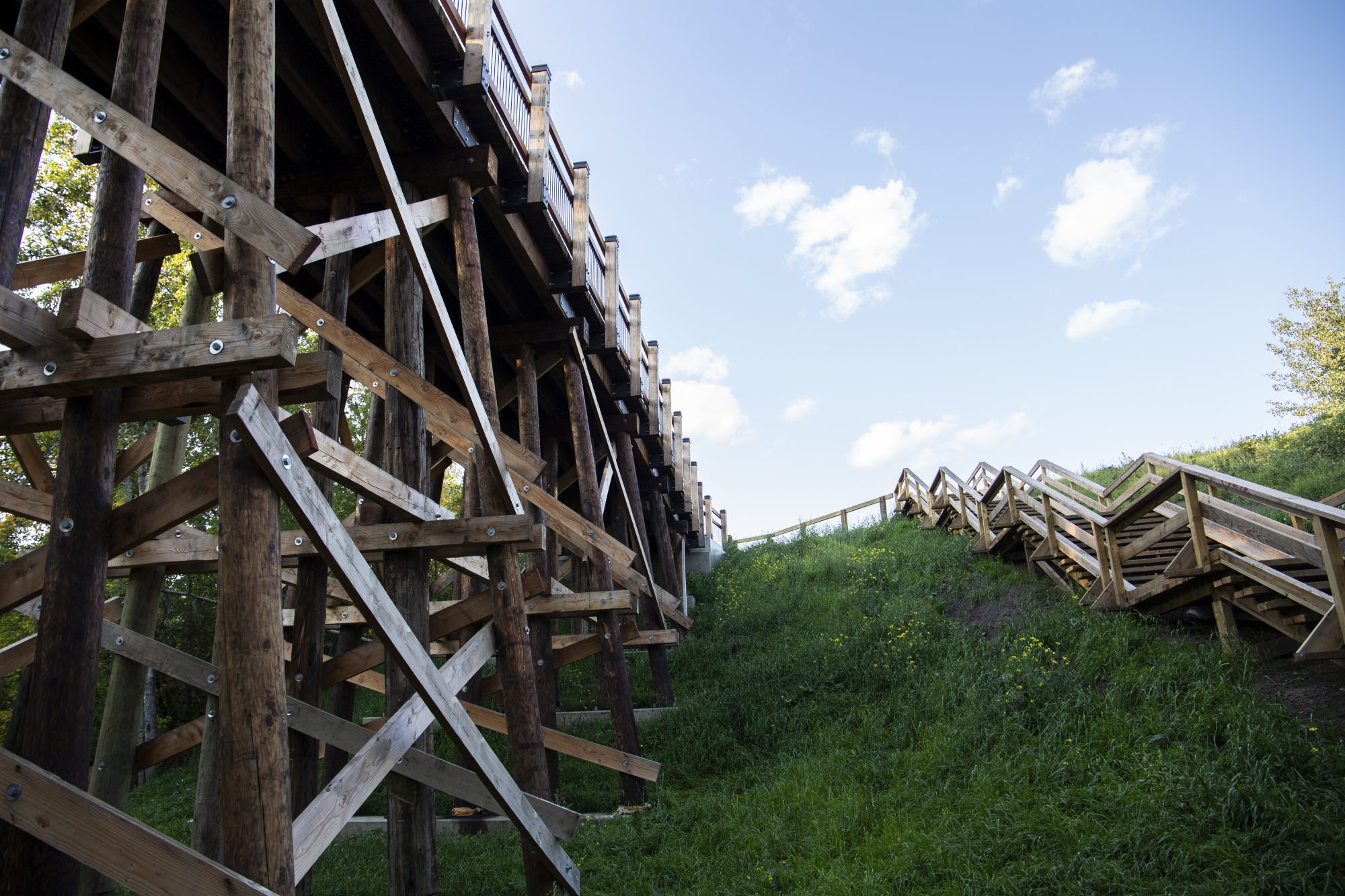 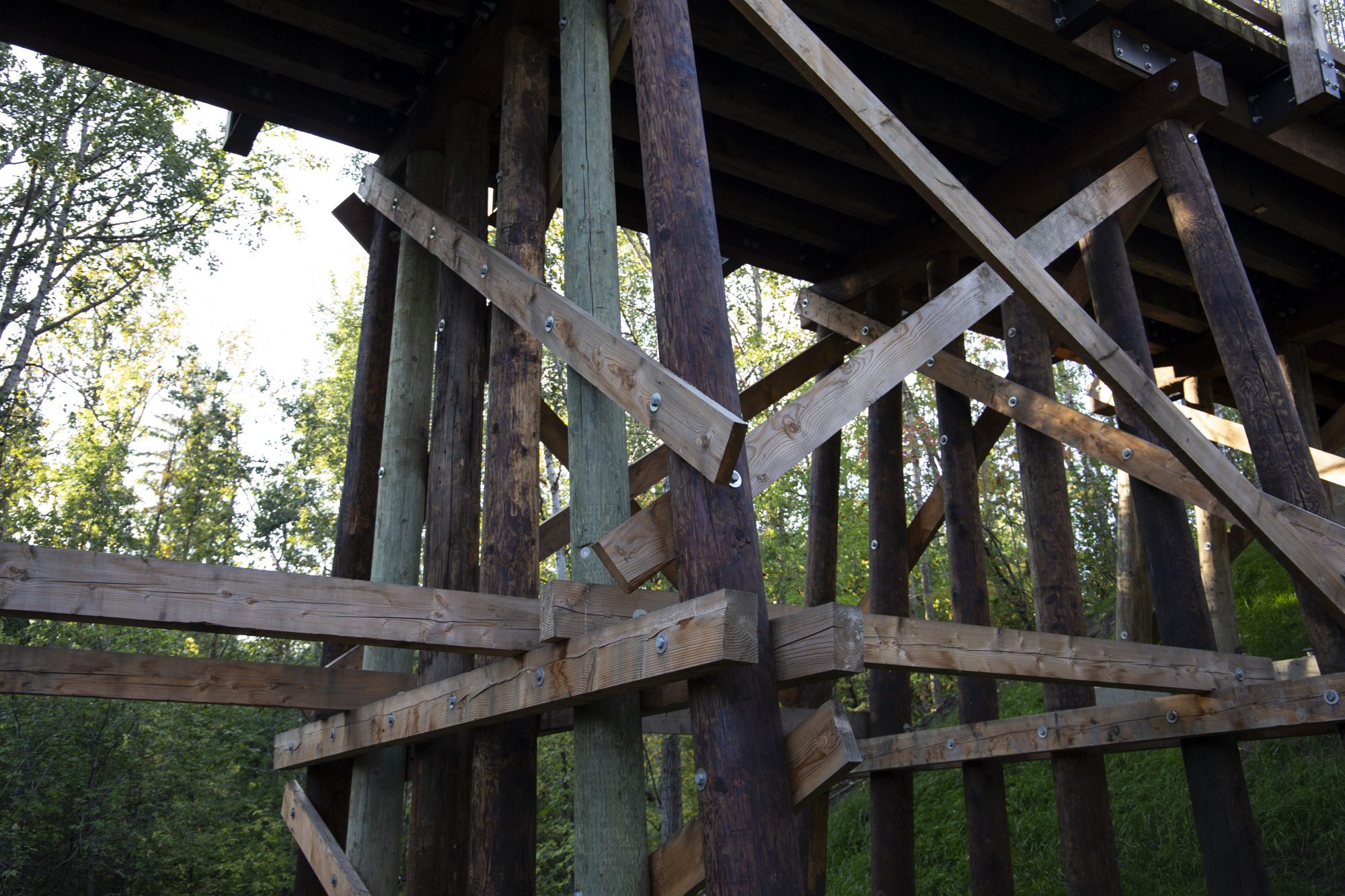 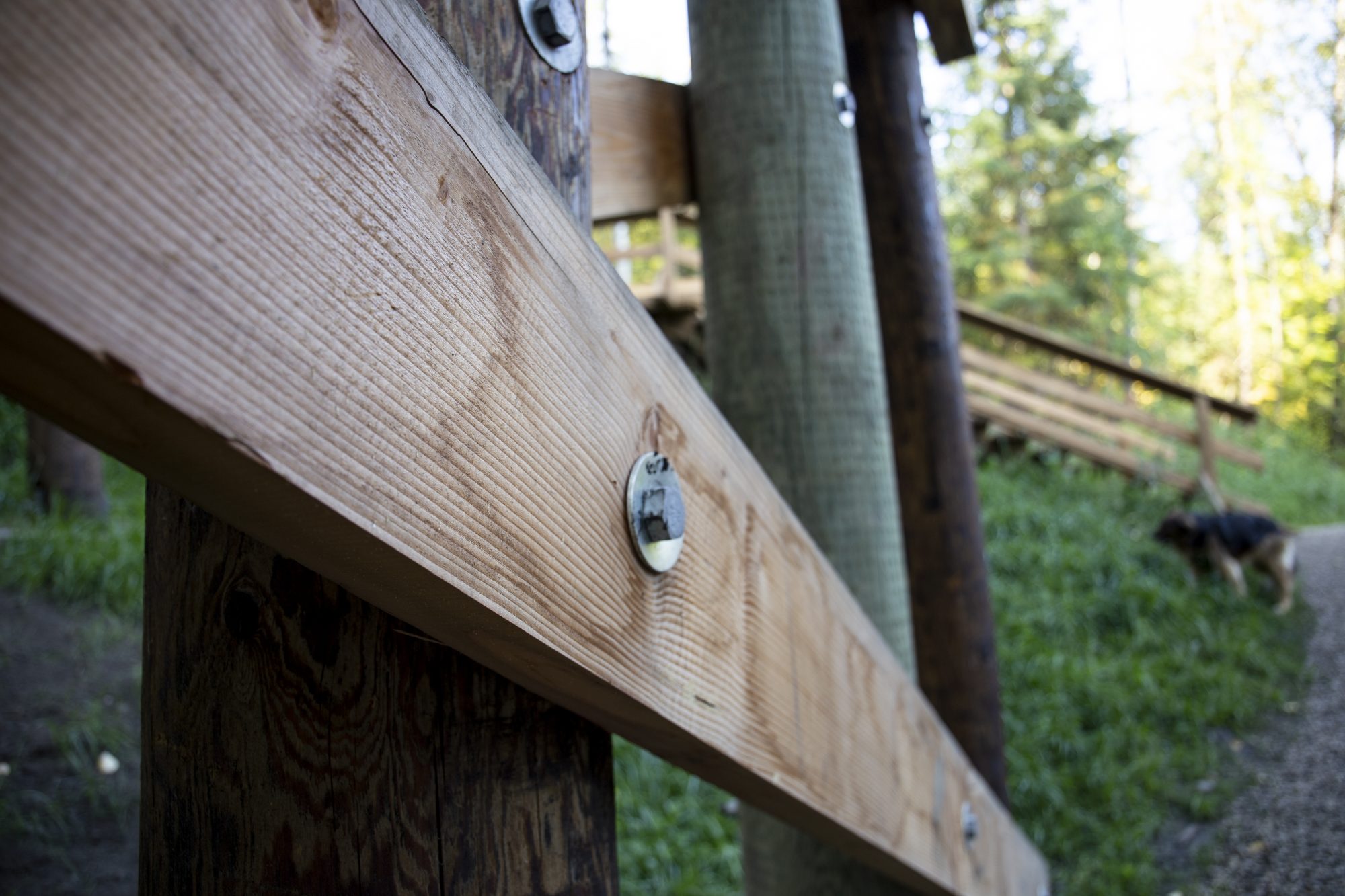 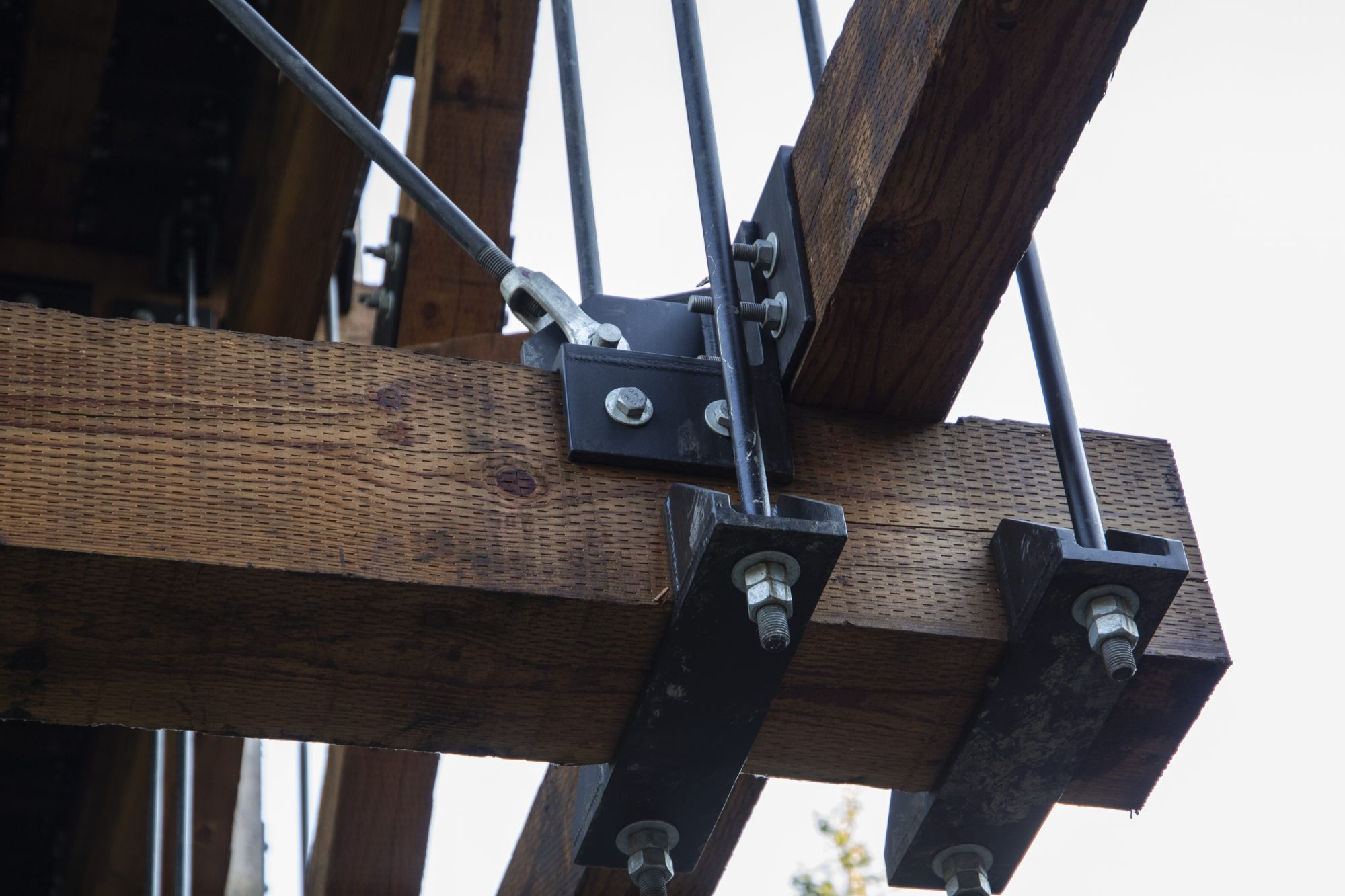 The Mill Creek Pedestrian bridges officially opened on June 22, 2018 a full four months ahead of the proposed schedule and within budget. ISL and Alberco worked through the cold winter months to minimize impact to the popular trails and ensure the public could enjoy the newly rehabilitated bridges throughout the whole summer.

Avonmore, a community located east of the Mill Creek Ravine, cherishes these old bridges so much that they updated their street signage to incorporate an image of the historic trestles. ISL’s ability to deliver a rehabilitation project that maintained the original character of the bridges ensured they were extremely happy with the final product.

The Ritchie Community League held a special BBQ for the entire project team in appreciation for opening early so they could enjoy the bridges and pathways during the summer.