Minoru Lakes District forms part of Minoru Park, a 20-hectare recreational, cultural and open space hub in the centre of Richmond. The 7-hectare District features meandering walks around two naturalistic lakes, surrounded by floral displays and mature trees. The area is a quiet retreat from the bustling City Centre that borders it.

Built over 40 years ago, the Lakes District has seen an erosion in its appearance and functionality. Sedimentation and shoreline collapse have made the lakes shallow, prone to algal blooms and poor water quality. With no natural water source, the lakes are replenished with vast quantities of potable water during the summer months. 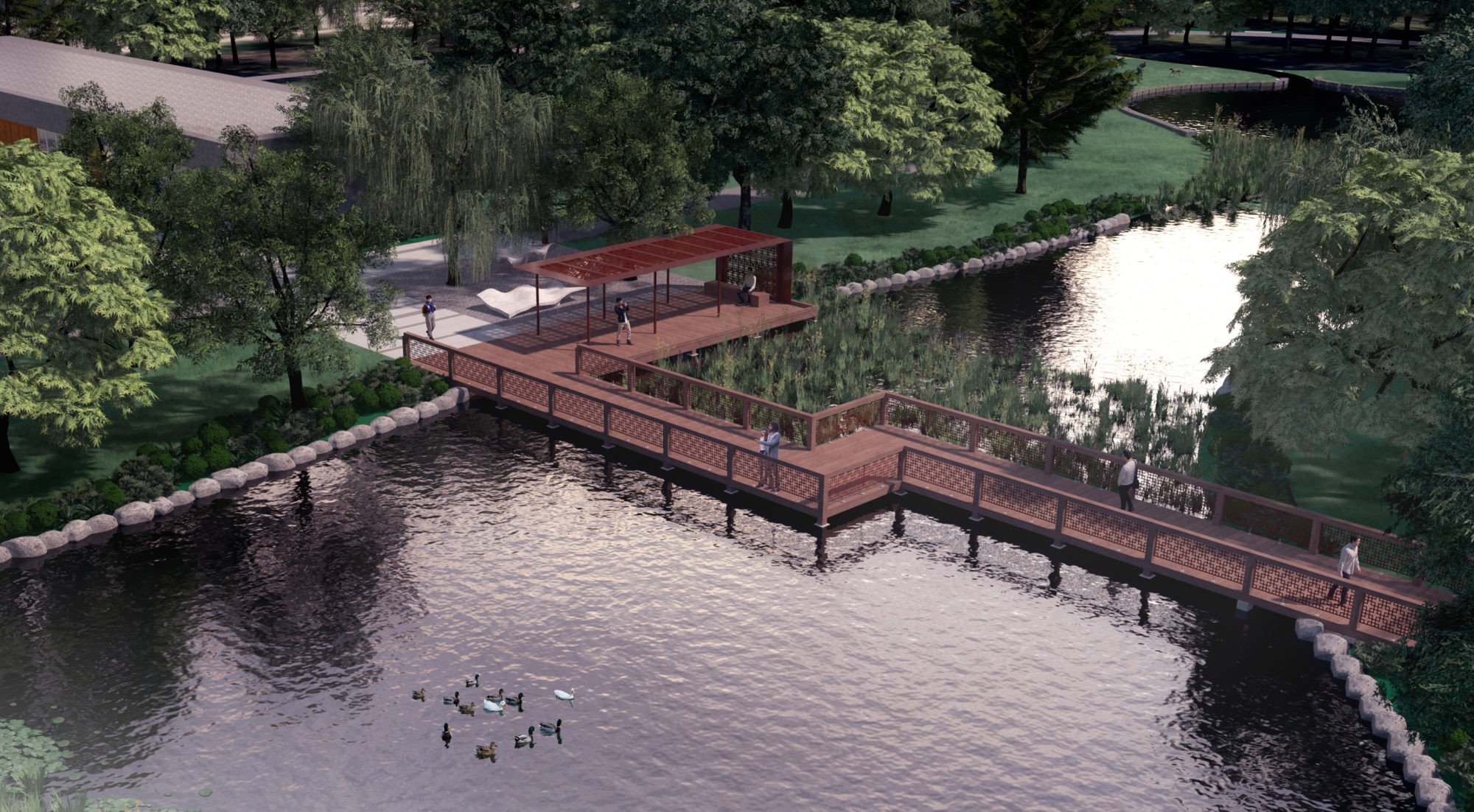 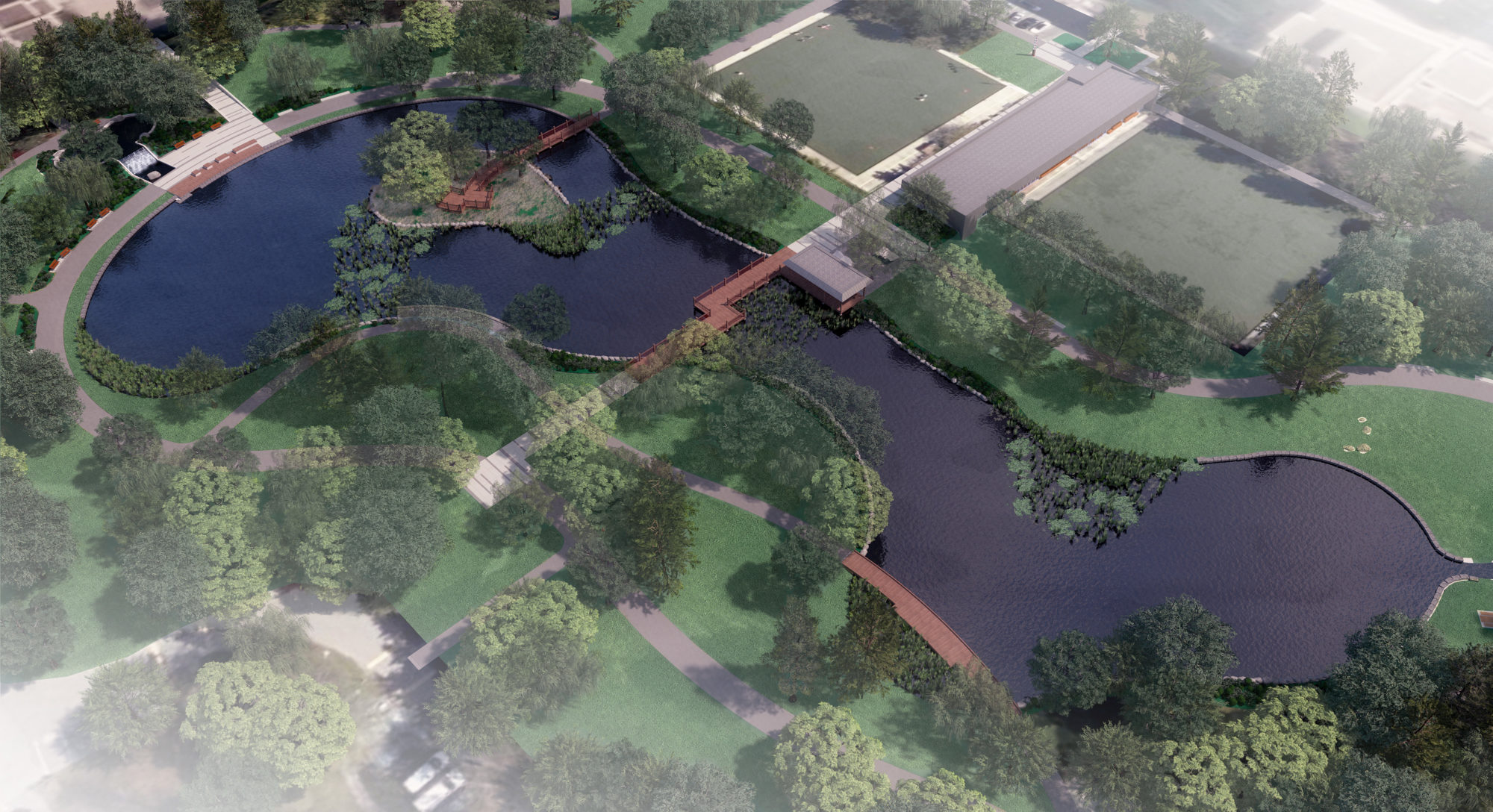 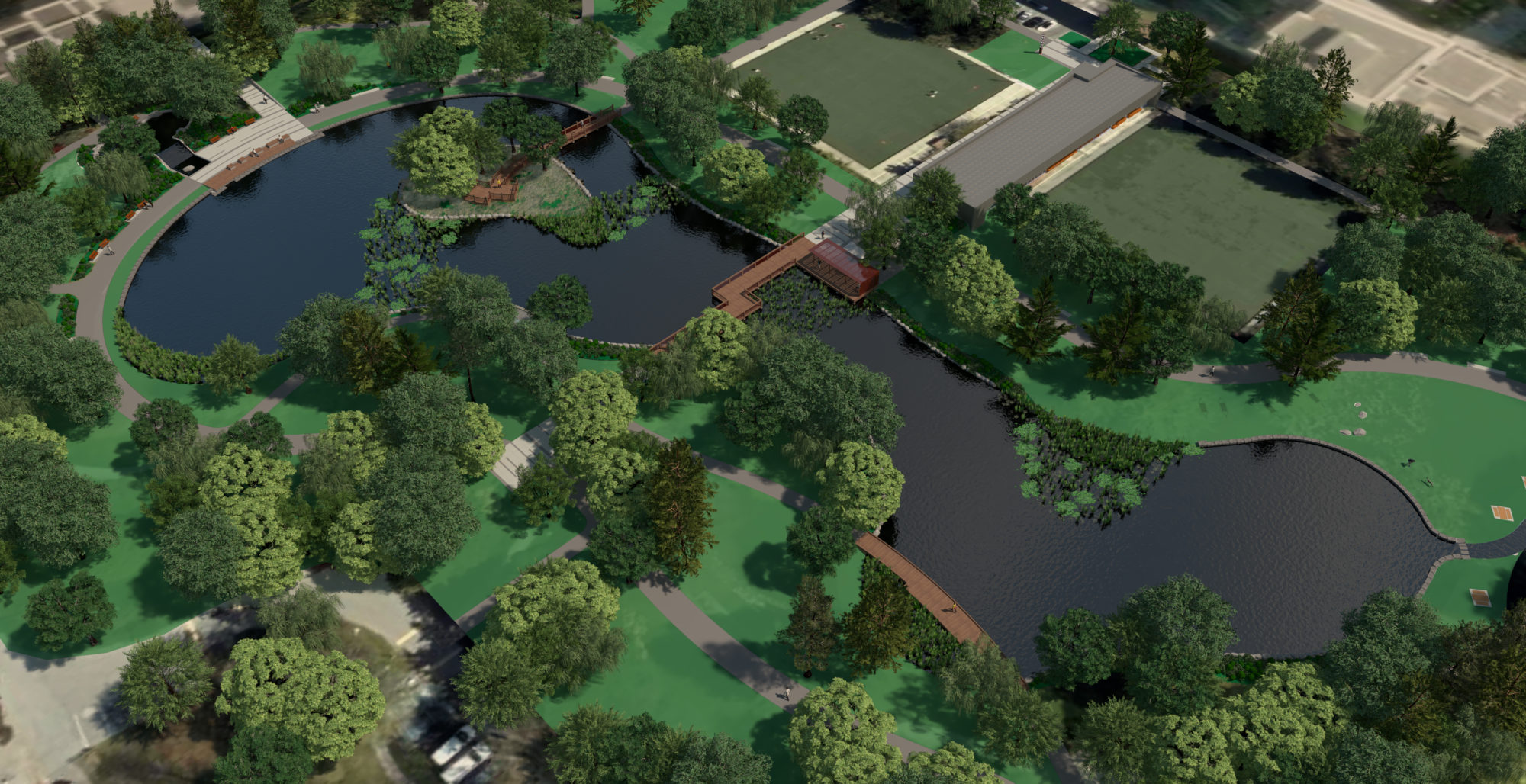 Centre to the park renewal is the creation of an ecologically healthy and resilient lake water system. Renewal work also includes shoreline restoration, as well as new boardwalks, bridges, plazas, paths, furnishings, and a lakeside pavilion. Park construction is scheduled to occur in two phases in 2021.

The lake edges will be raised to increase water depths and armored to stabilize the shoreline. A new liner will be installed to prevent iron-rich groundwater from contaminating the lake water system. Lake water quality will be enhanced without the use of a costly mechanical system. Instead, ISL created a water recirculation system with aquatic biofiltration planting beds to clean the water as it moves through the system.