As Canada’s first DDI, the design team completed extensive work to research,
adopt and adapt best practices from the United States and Europe for implementation in Calgary’s local context.
Client: City of Calgary

In 2014, Calgary City Council approved funding for a new interchange at this
location and The City of Calgary enlisted the help of ISL to plan, design and construct the most suitable interchange configuration.

Following a rigorous evaluation and community engagement process, the Diverging Diamond Interchange (DDI) configuration was selected as the functional design for this location because it enhances mobility for commuters, transit users and cyclists; increases access to surrounding businesses and services; and allowed for innovative construction staging that avoided major detours and accommodated active modes of transportation. 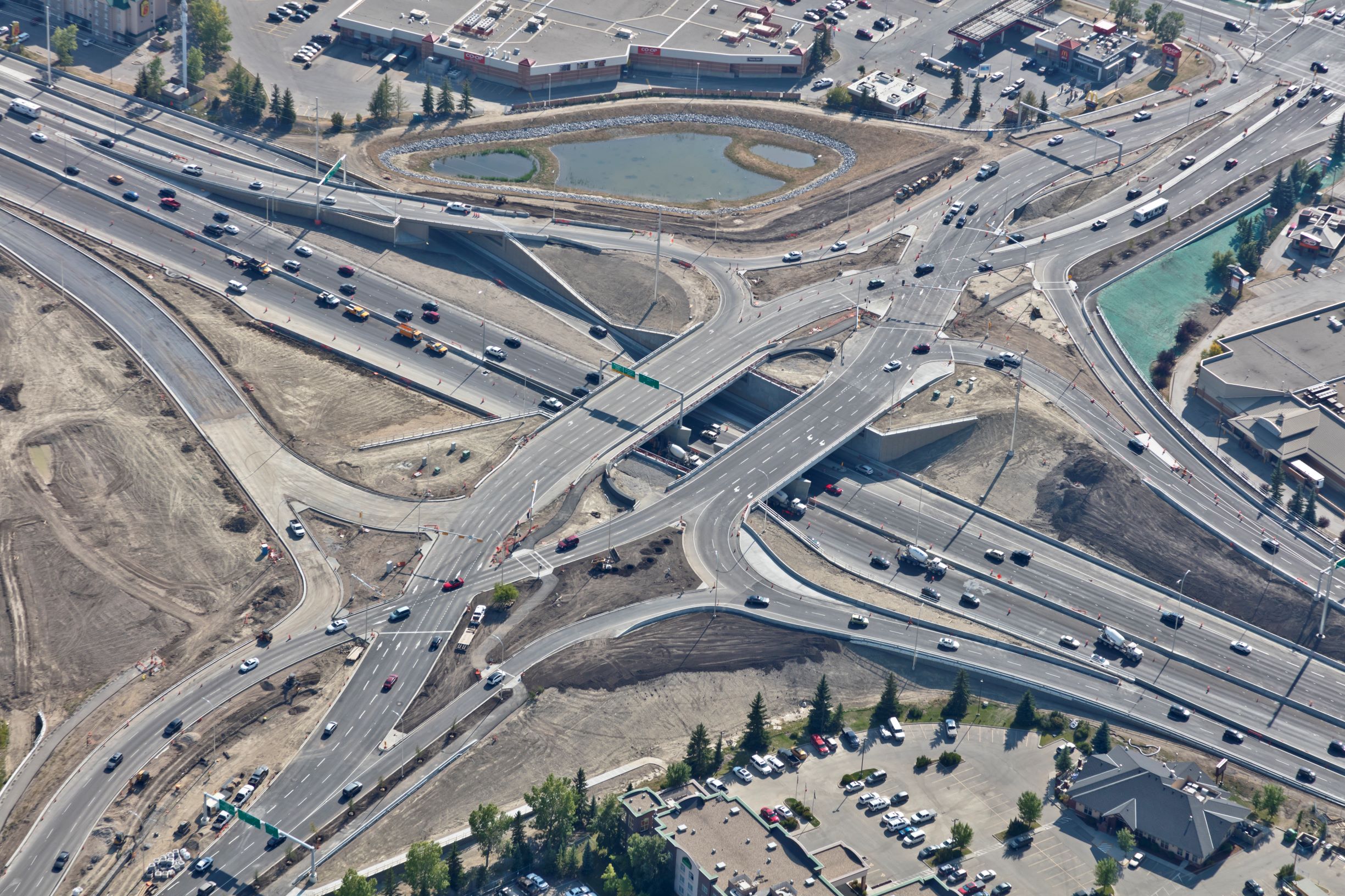 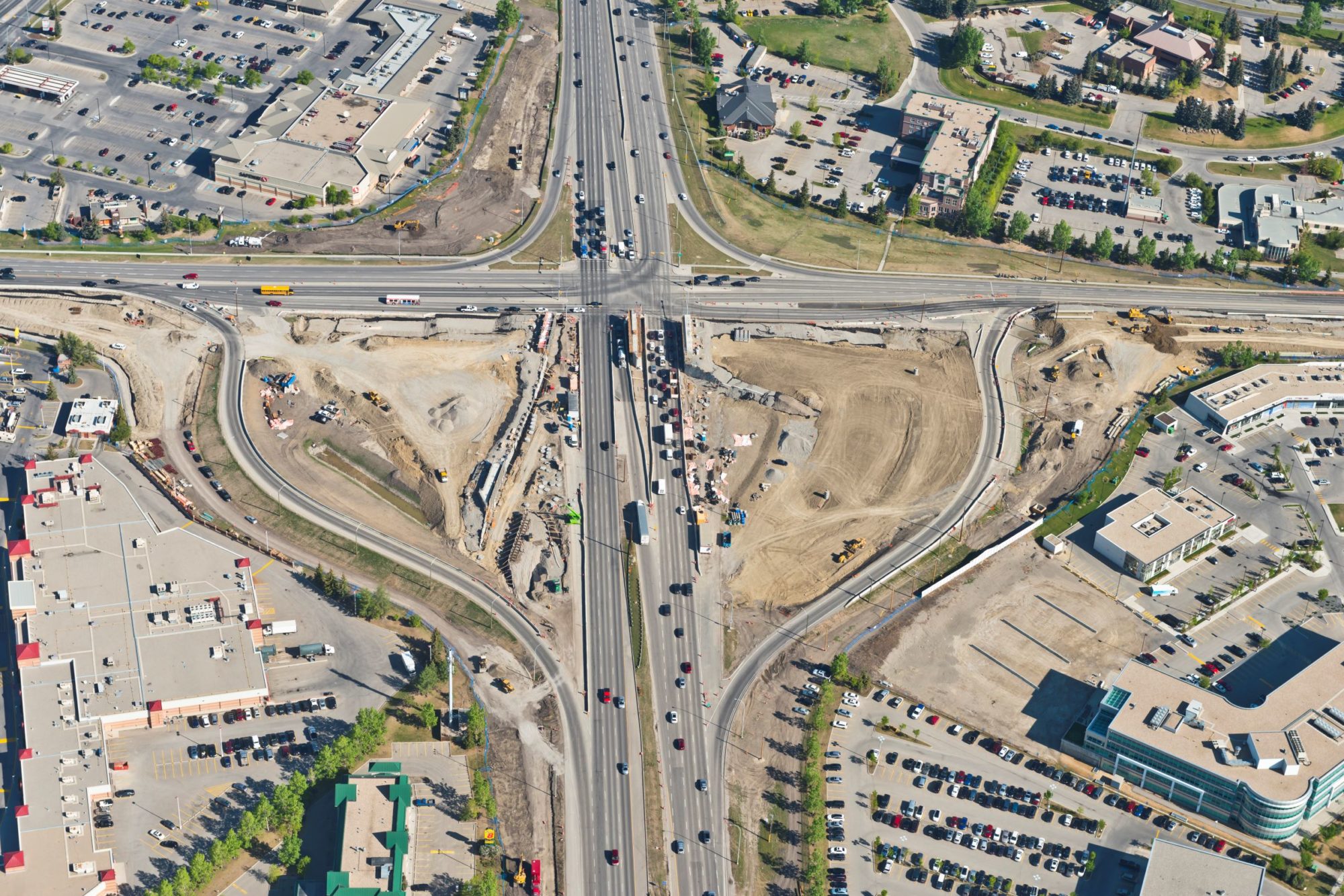 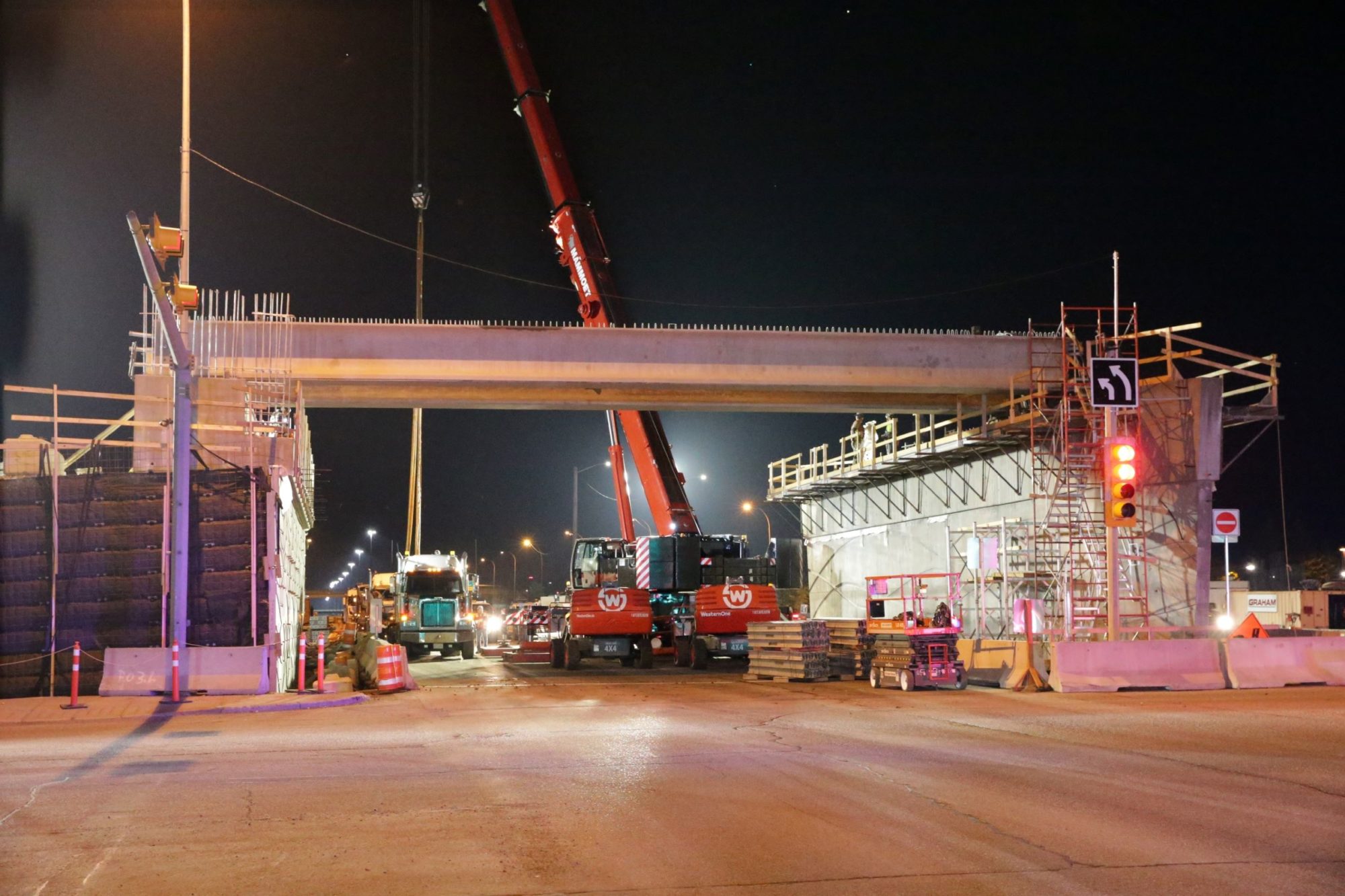 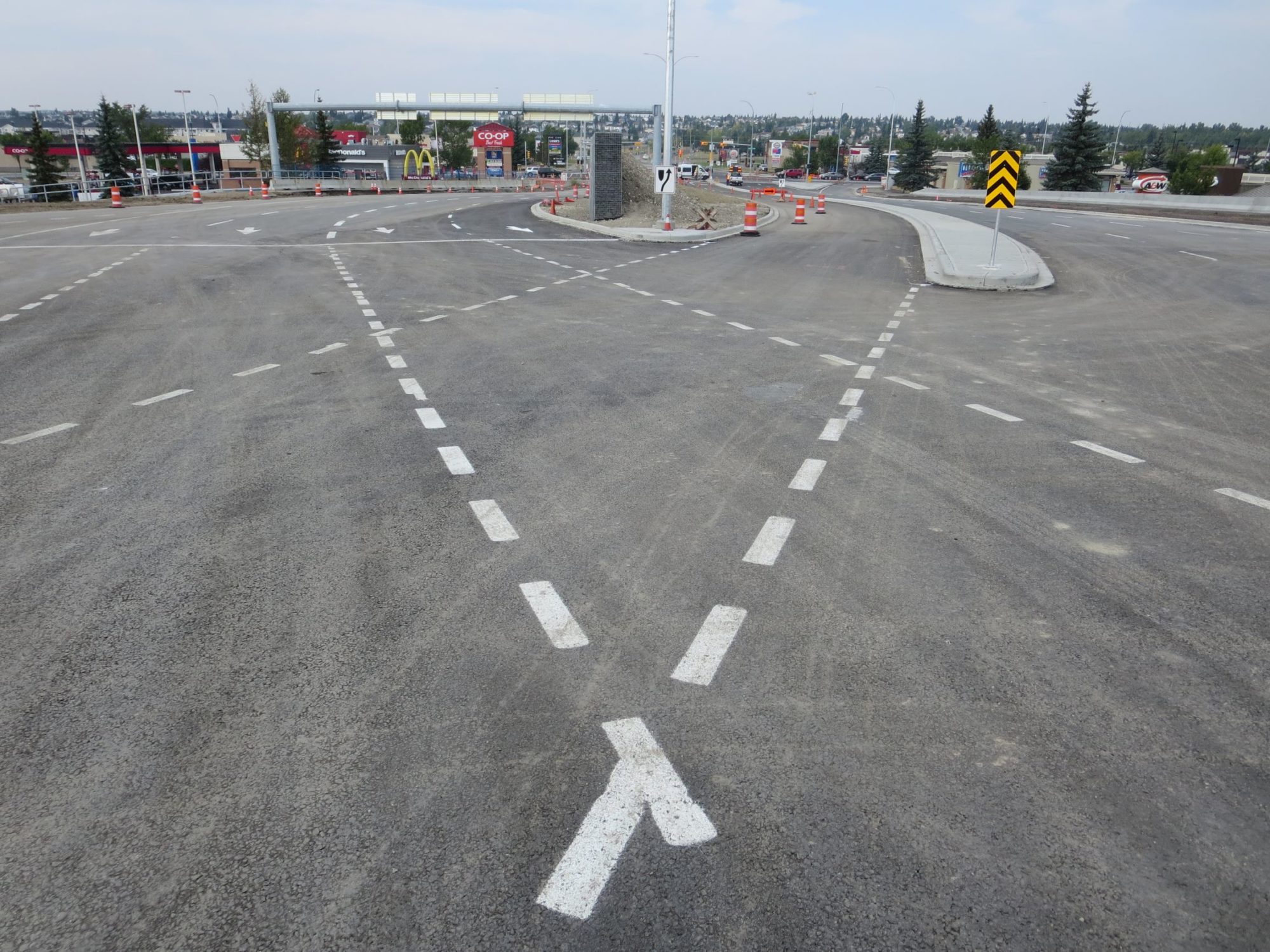 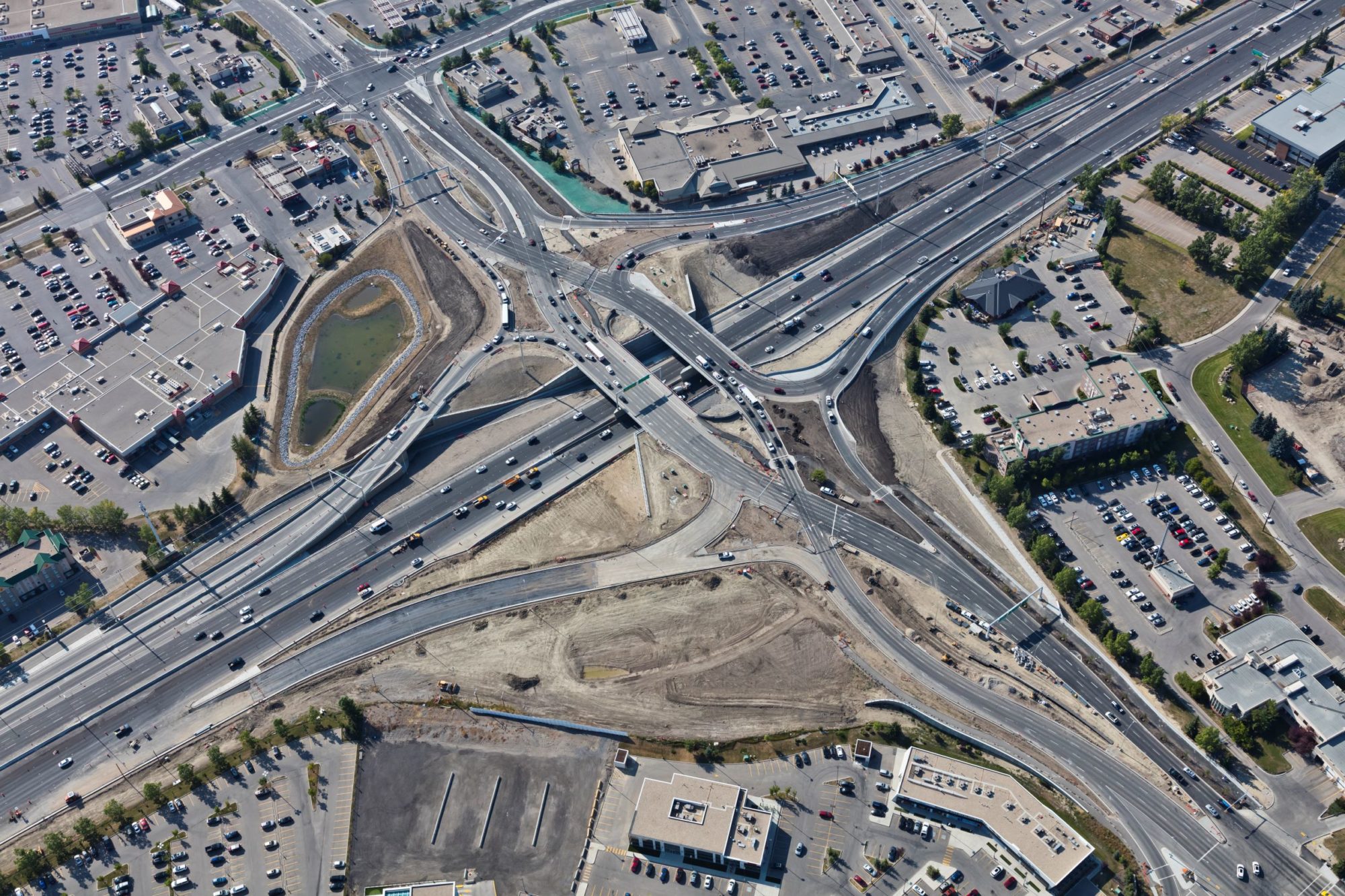 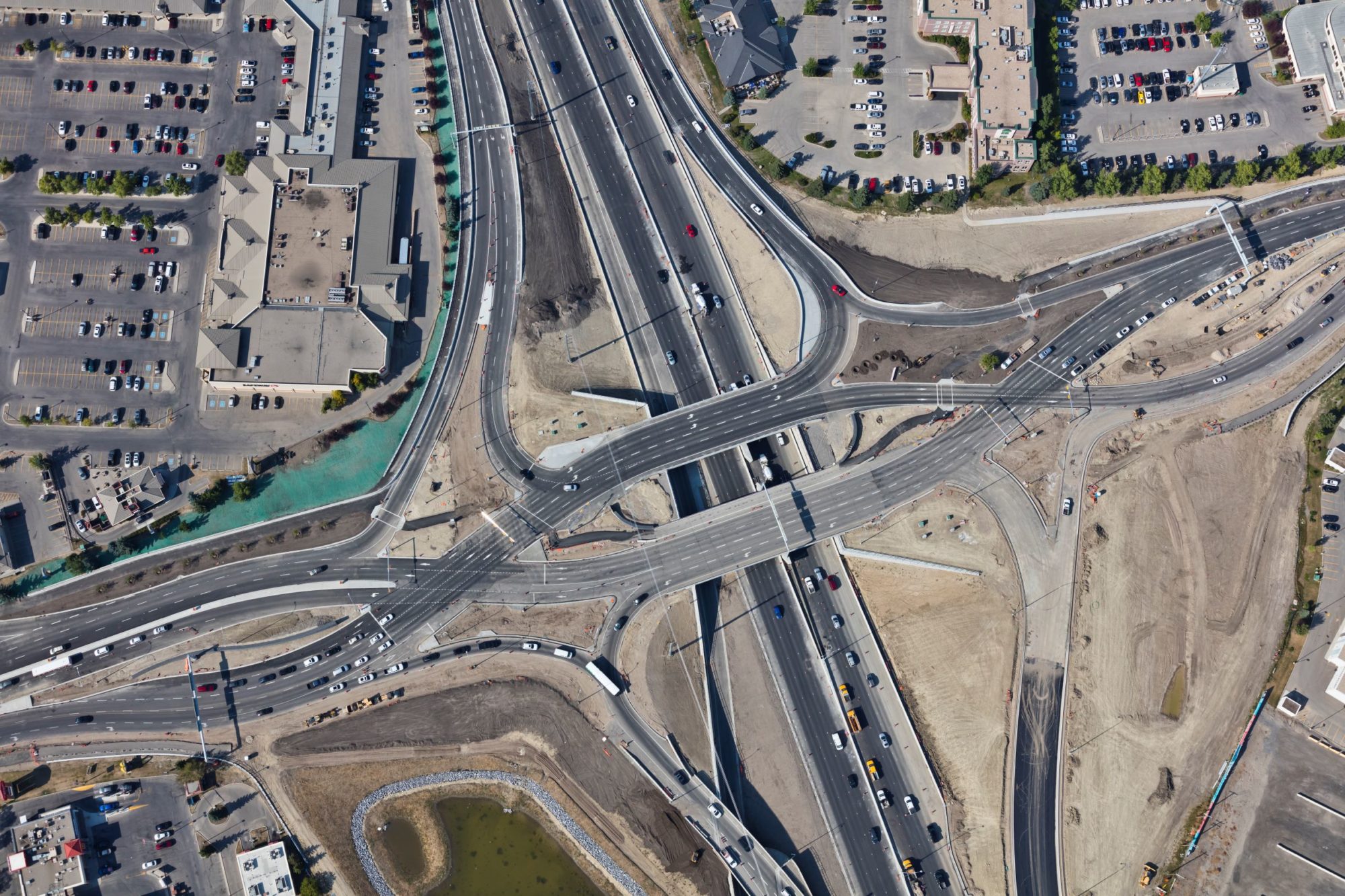 The unique design of the DDI and the use of permanent infrastructure for construction detouring, enabled The City to construct the interchange with minimal traffic disruption, lower throwaway detour costs and without property impacts. The DDI was not only completed on schedule and on budget but the citizens of Calgary also enjoyed a higher quality outcome,
at lower cost and in less time than a traditional interchange.

The opening of Canada’s first DDI was achieved because of the close collaboration between The City of Calgary, ISL and Graham Infrastructure. For The City, the decision to build Canada’s first DDI at Macleod Trail and 162 Avenue was based on several key criteria including increased safety, improved capacity and ease of construction. Exploring current practices of DDI design in the US, the DDI design by ISL was developed with Calgary’s unique context in mind, considering site specific conditions, driver behaviour and climate. The opening of the interchange in August 2017 was widely praised by users, City officials and in media coverage that brought national and international attention to Calgary for its innovative, forward-thinking approach to transportation design.

What is a DDI?

The DDI concept originated in France, which has had three in service since the 1970s. Since 2009, the DDI has evolved primarily in the US where there are now over 80 in service and many other locations in various stages of planning, design or construction. Sometimes called a Double-Crossover Diamond, the operation of the interchange follows its namesake by “diverging” traffic on the minor street to the left-hand side of the road through two crossover intersections. This enables left-turning traffic to access the major thoroughfare without waiting for a signal or crossing oncoming traffic, nearly halving the number of conflict points compared to a typical diamond interchange. Right-turning vehicles use slip lanes away from the intersection to bypass the crossovers. With turning movements removed from the crossover intersections, the traffic signals can operate on a short two-phase cycle, improving intersection safety and efficiency.

To help stakeholders visualize the configuration from the street level and understand how the DDI works, ISL called in the support of its in-house 3D visualization team who worked with The City to develop 3D renderings and animation.