ISL was retained by the District of West Vancouver (WV) to review options to reconfigure and replace sanitary gravity mains, force mains, and lift stations within the Marine at the Beach collection system in 2015. In total, there were seven lift stations servicing approximately 137 houses in a tributary area of 12.3 hectares.

With the goal to reduce maintenance and future replacement costs, it was the District’s intention to eliminate as many of the sanitary lift stations as possible by reconfiguring system operation and utilizing gravity to service the relatively small catchment area. The Marine at the Beach project included feasibility, design and construction phases. ISL designed an upgraded sanitary system that would eliminate two existing lift stations and replace three lift stations. 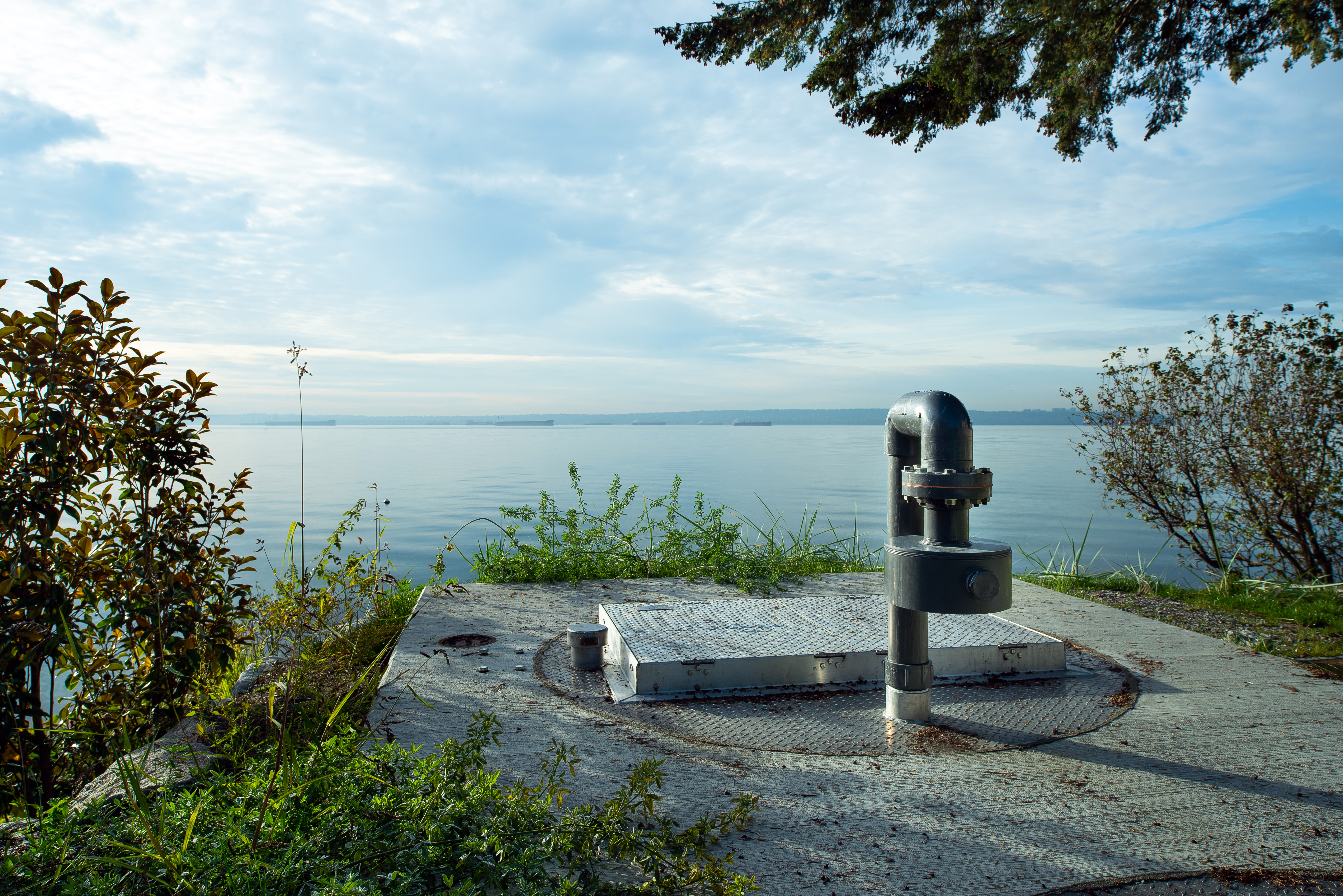 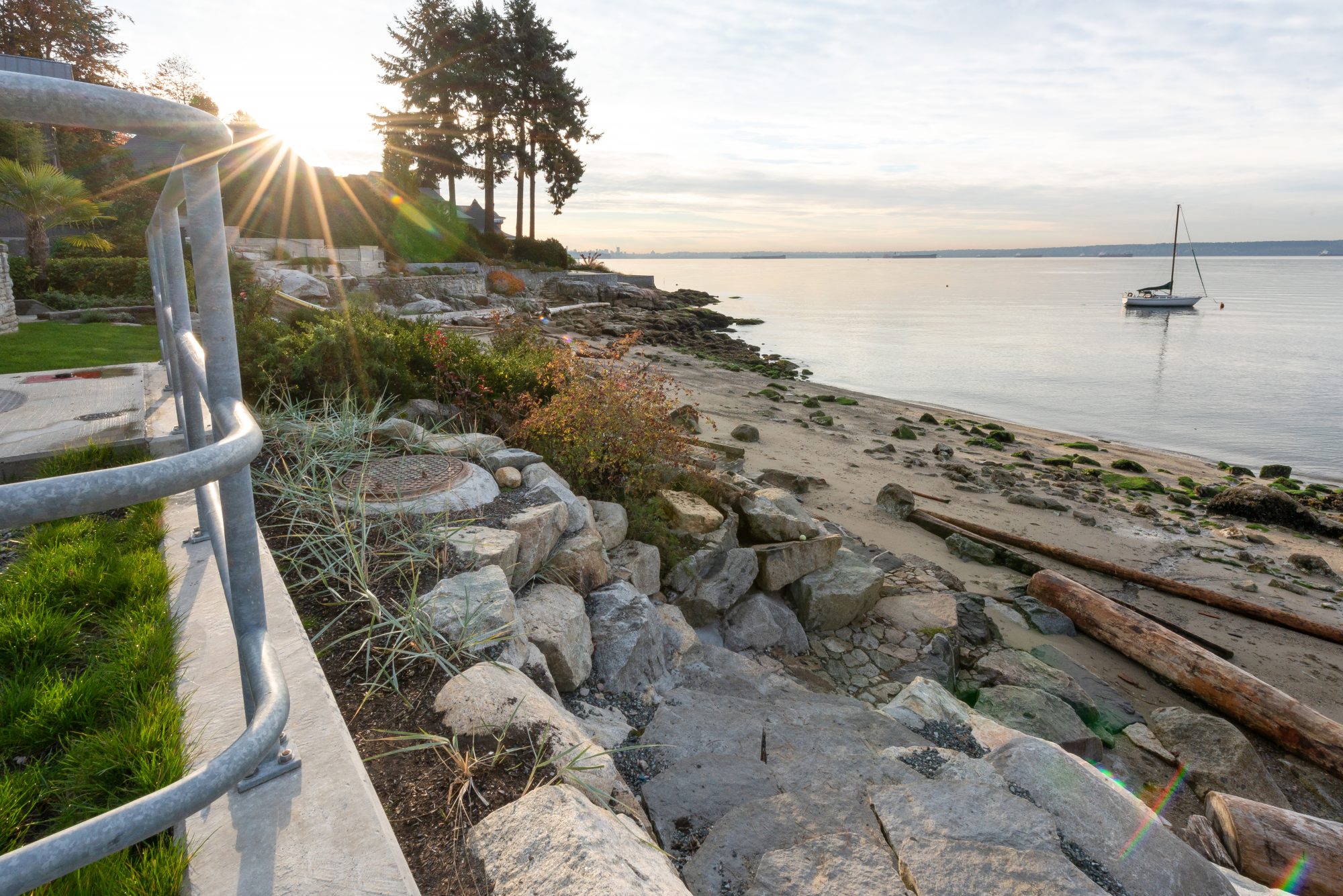 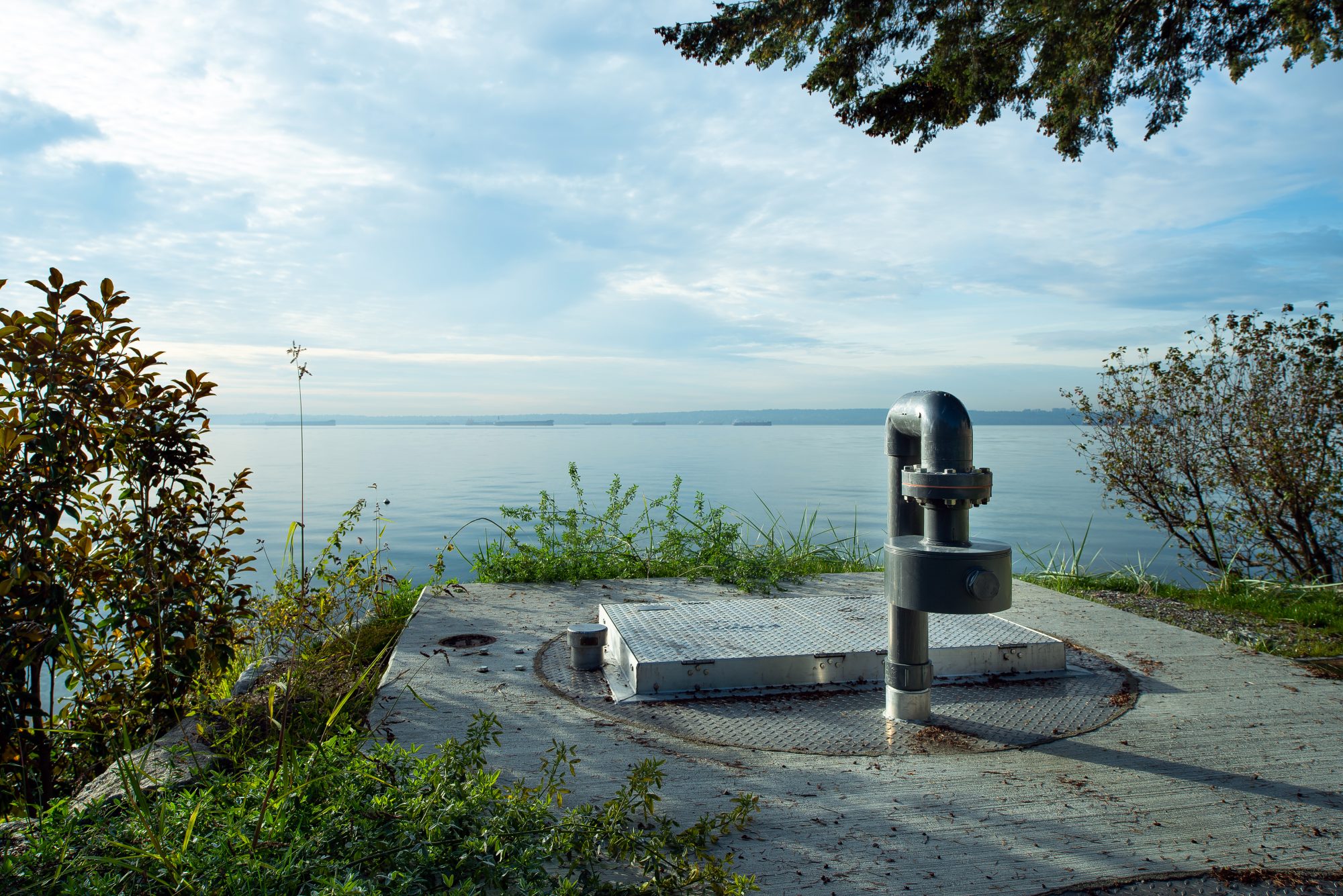 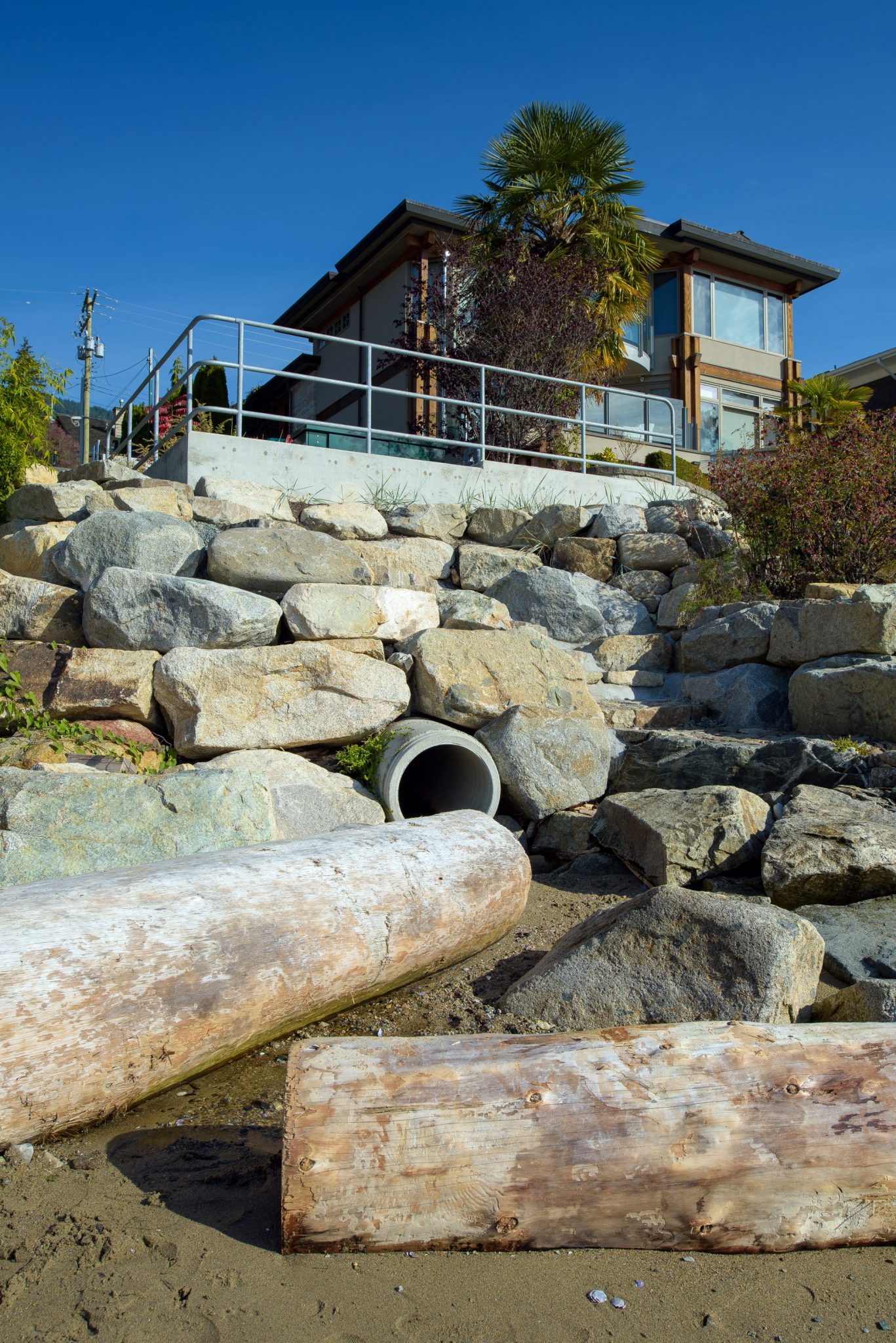 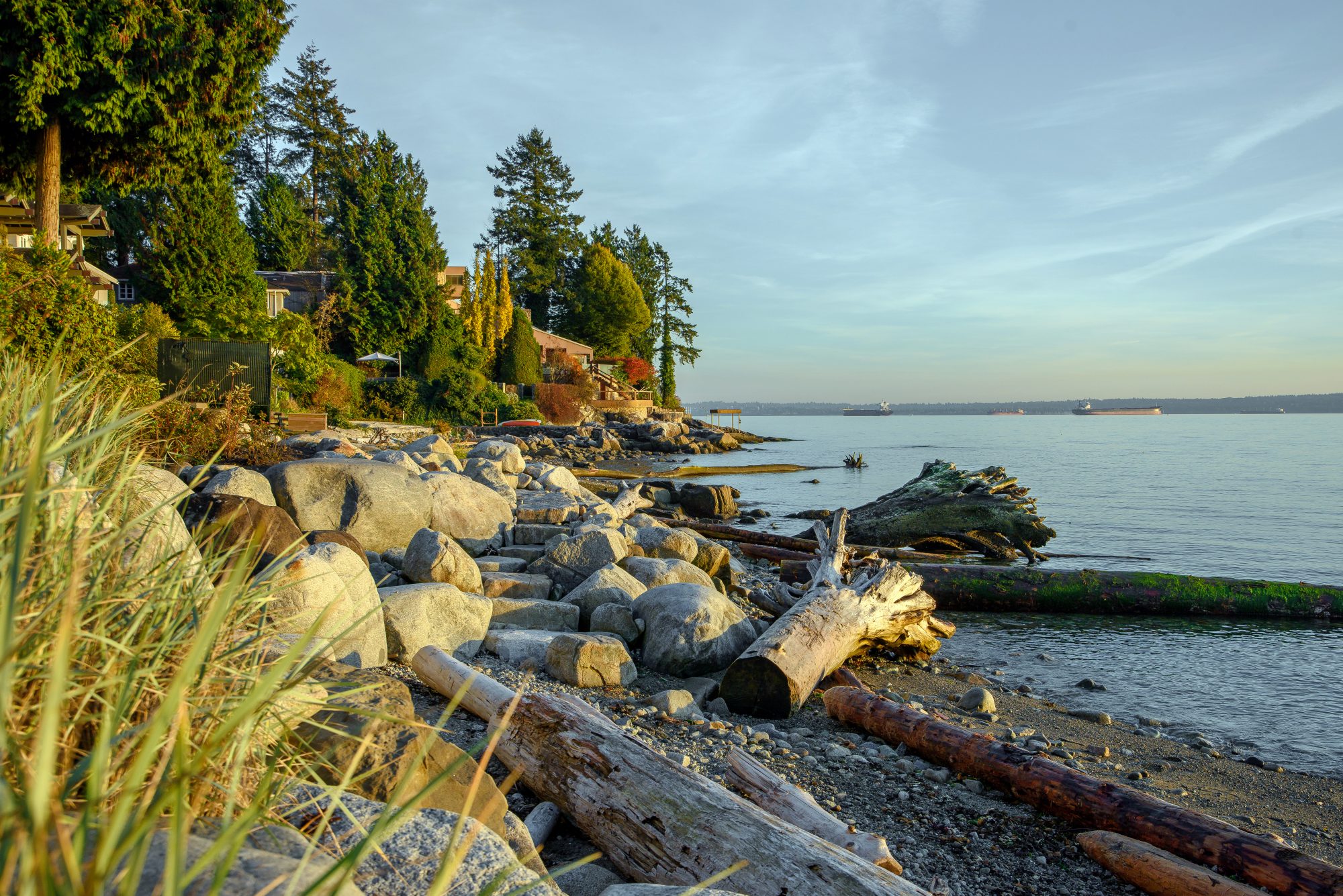 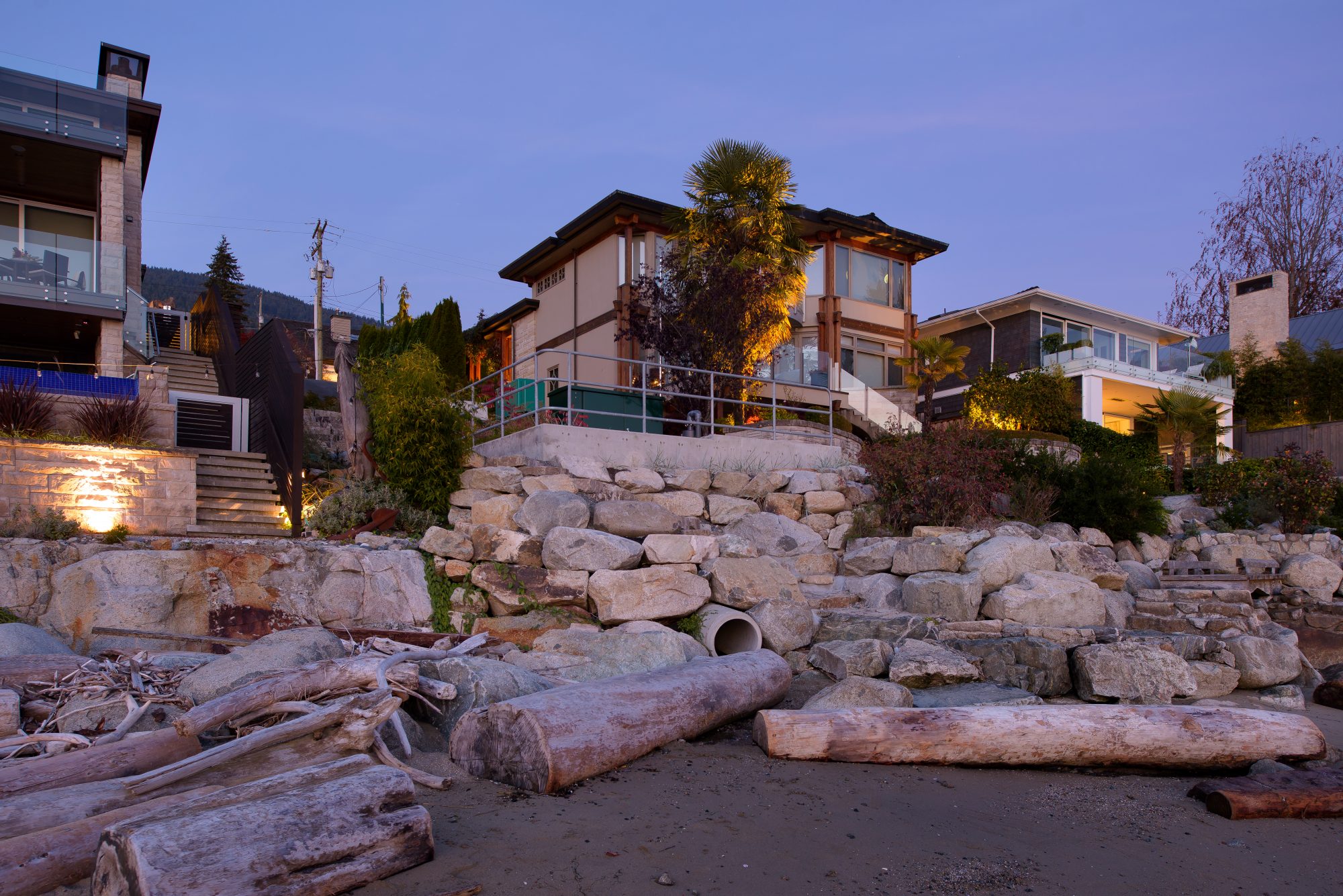 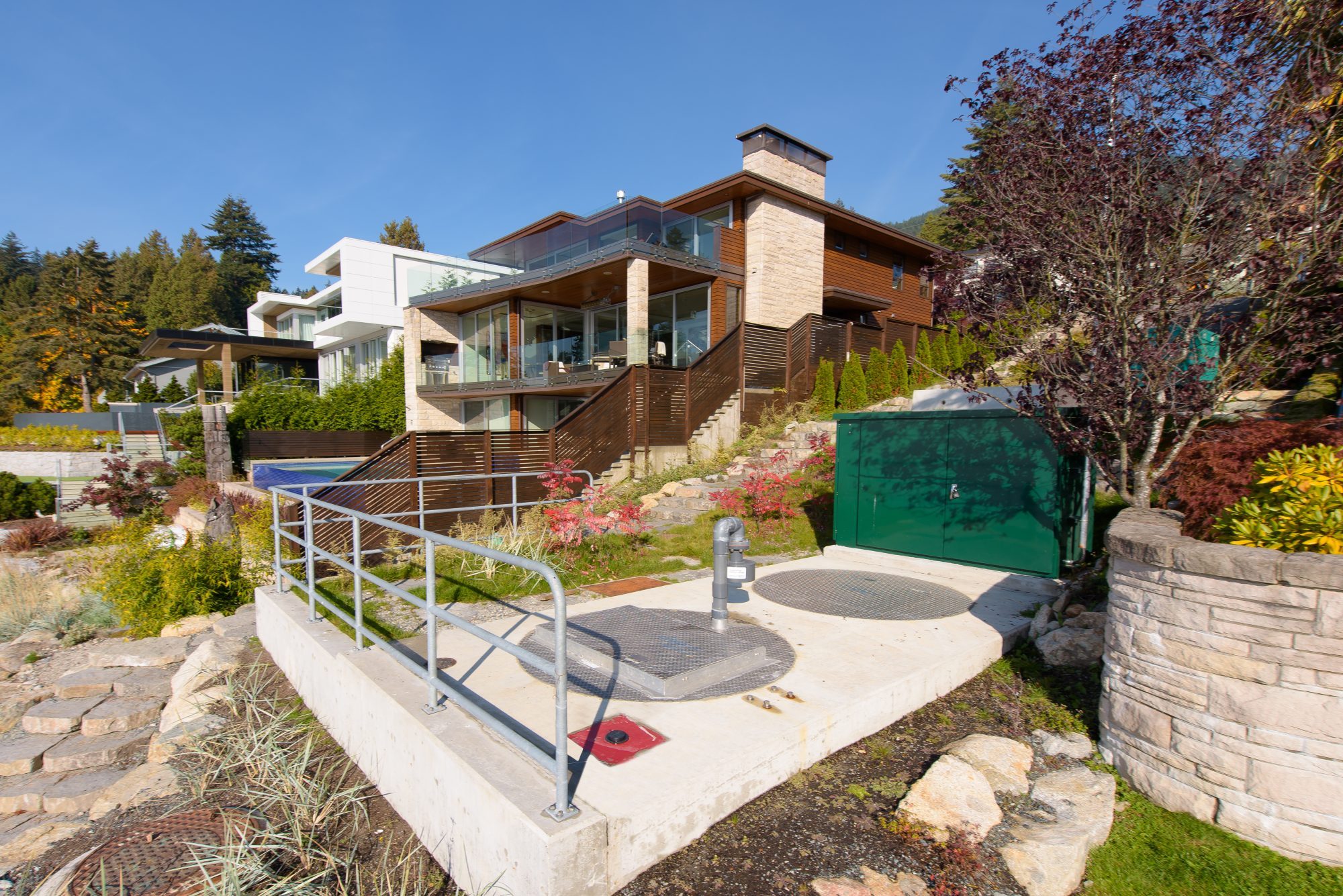 Geotechnical exploration determined that the blasting requirements for the gravity and forcemain sewer were anticipated to be significant for opencut construction. Rock blasting was expected to be most significant at new Marine at the Beach lift station and new manhole locations, due to the required depth of up to 7m. Geotechnically, the location of bedrock and the consideration of tidal influences played a key role in designing the locations of sewers and new lift stations and manholes.

To overcome these geotechnical constraints around bedrock, ISL designed the project to have an All- Terrain-Drill (ATD) component, which would have the capability to drill through solid rock ISL recommended All Terrain Drilling, which was less expensive and did not require a large pit. The technology was within budget and was implementable within the small space.