Between 1986 and 2016, the Calgary region experienced tremendous growth and became one of the leading economic regions of Canada. In this 30-year period, Calgary more than doubled its population, and other area municipalities, including Airdrie, Chestermere and Cochrane were among the fastest growing communities in Canada, each increasing their population by 400% or more. The growth of new regional cities and urban service areas in Rocky View County have created a new intermunicipal dynamic that points to a future of regional planning and cooperation, a departure from the “uni-city” model that has distinguished Calgary for decades.

With more widespread population this creates travel patterns in the region that are marked by highly-directional flows toward the downtown core in the morning, and away from it in the afternoon. This puts significant pressure on regional transportation infrastructure, such as the QEII highway, Highway 1, Glenmore Trail, Stoney Trail, and the Red Line and Blue Line LRT lines, to name a few.

To help address this concern, in 2016 the Deputy Minister of Alberta Transportation requested that these three municipalities meet, discuss, and articulate transportation network priorities in the north Calgary region with a unified voice. Responding to this request, the three municipalities took steps through 2017 to jointly secure grant funding and develop terms of reference for a North Calgary Regional Transportation Study (NCRTS). It was determined that significant additional value could be gained by taking a more integrated approach for the north Calgary region as a whole, hence the City of Chestermere and Town of Cochrane were also engaged to participate in the study. Together with Alberta Transportation, the five municipalities collectively formed the North Calgary Regional Committee (NCRC) to cooperatively advance the study.

ISL was engaged in early 2018 to deliver the NCRTS which would include a comprehensive and integrated regional transportation plan that identifies major roadway and transit infrastructure needed to accommodate planned growth over a 20 year horizon, as well as a priority ranking of those infrastructure needs.

ISL approached the study with a clear awareness of the need to ensure that the municipalities could participate in a study that was technically objective and respectful of the aspirations and policies of all parties. ISL adopted a stage-gate approach to depoliticize the process. This study was about consensus building among all participants, as much as it was about regional transportation planning. We took the ultimate goal of consensus building to heart throughout nine milestone meetings, with the stated principle of “leaving no participant behind” at any stage. By ensuring consensus at each decision-point or gate, the final outcomes followed logically from prior decisions and both the network plans and project priorities were ultimately accepted by all parties. 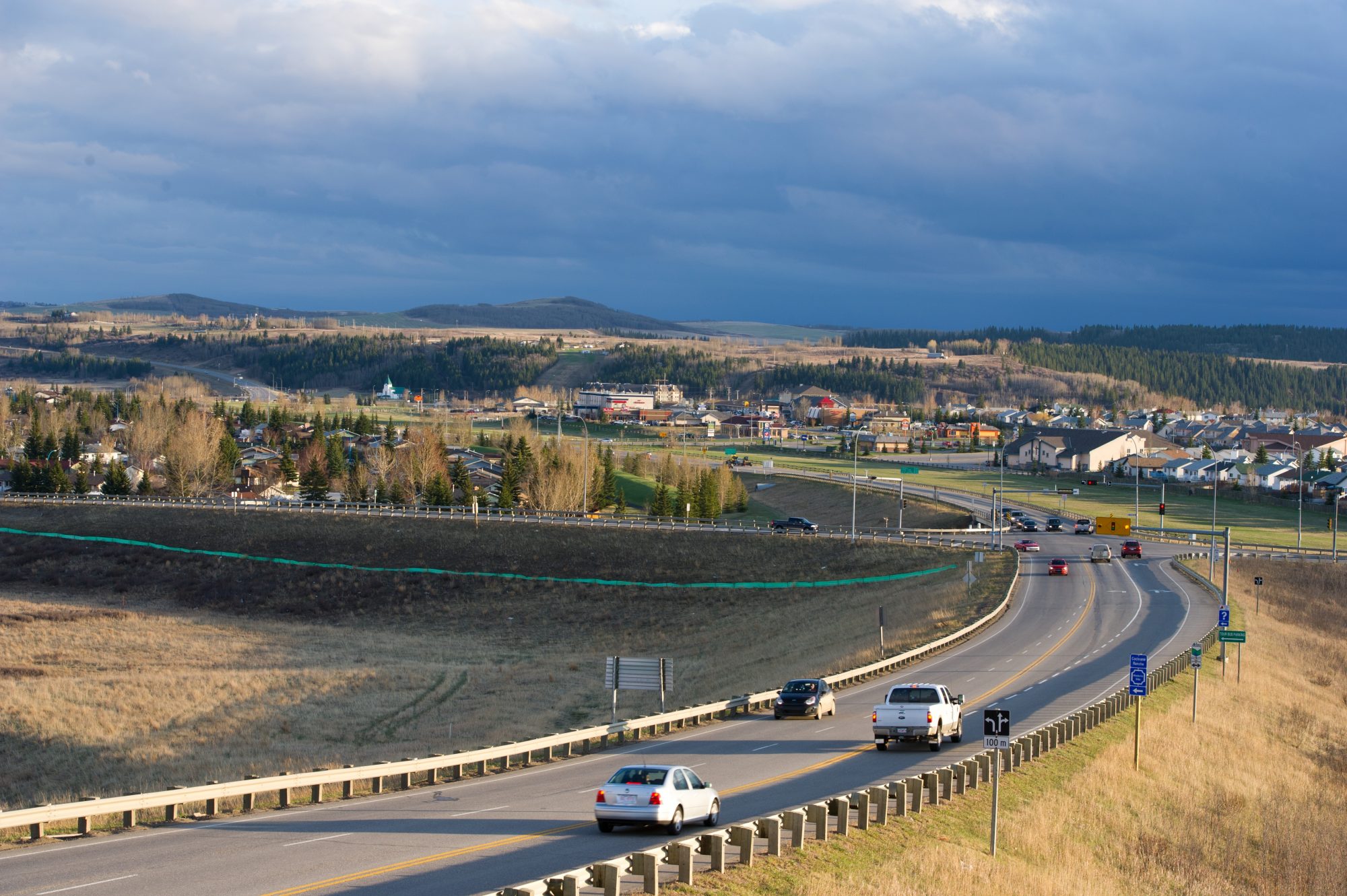 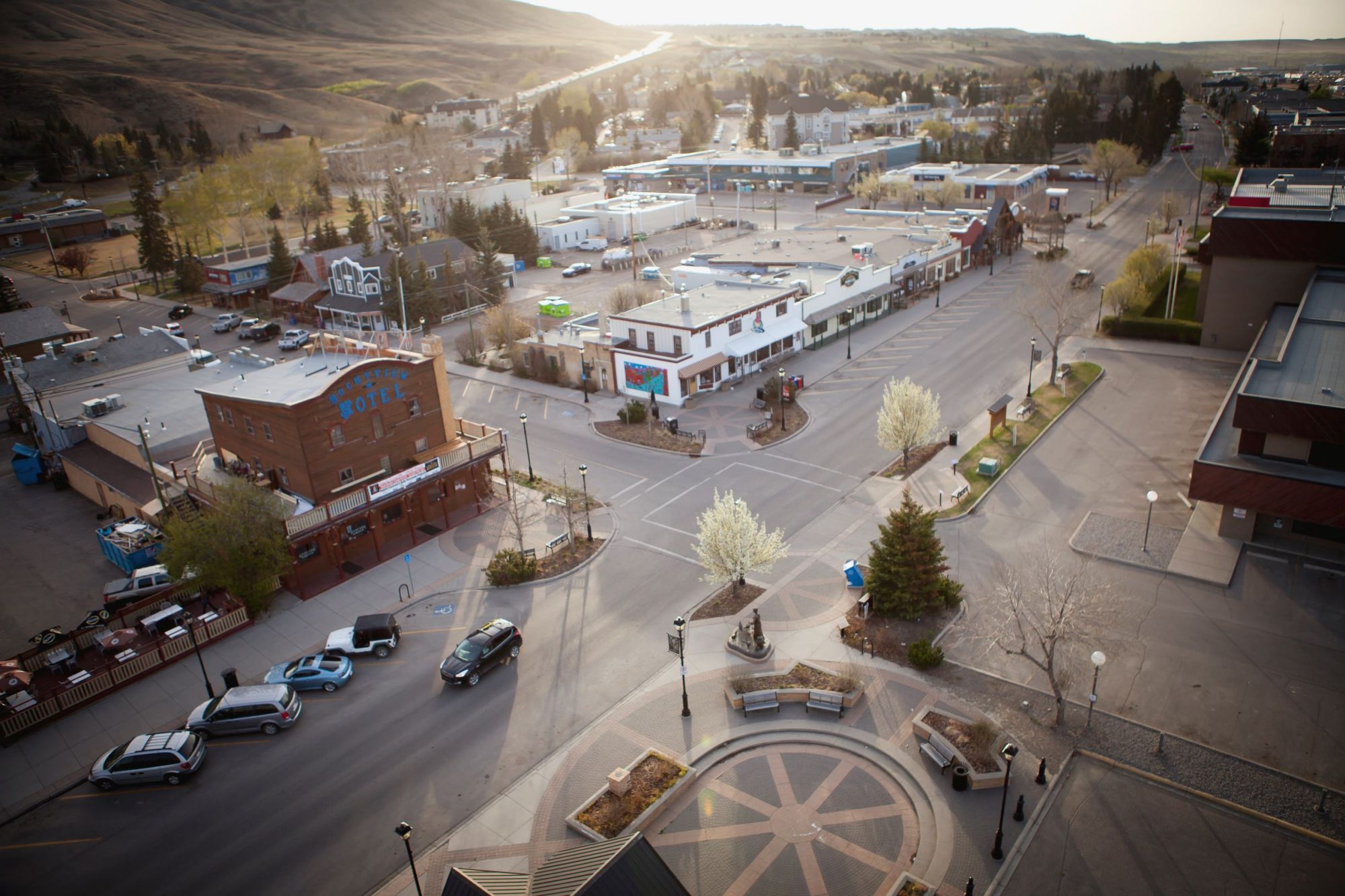 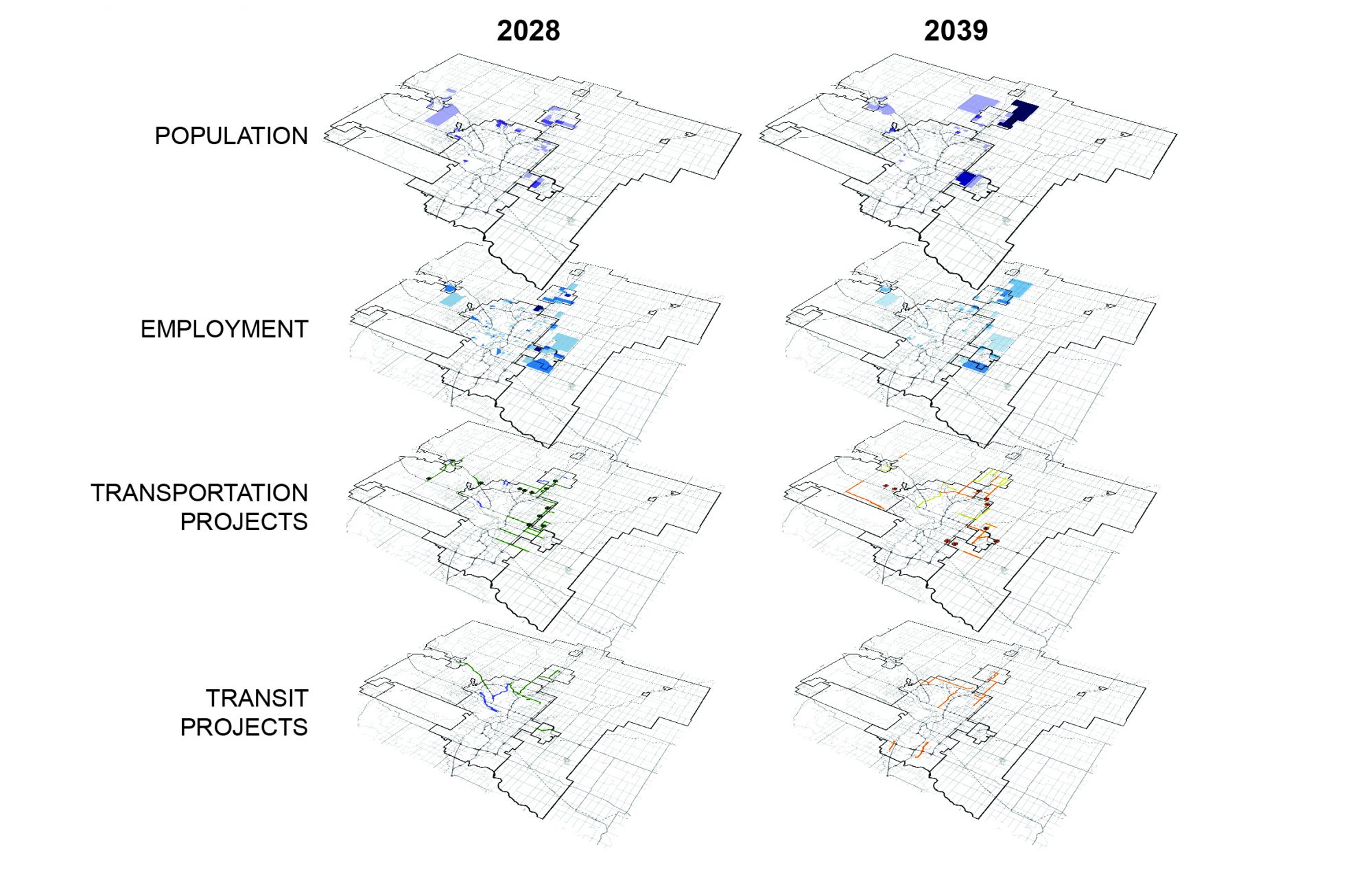 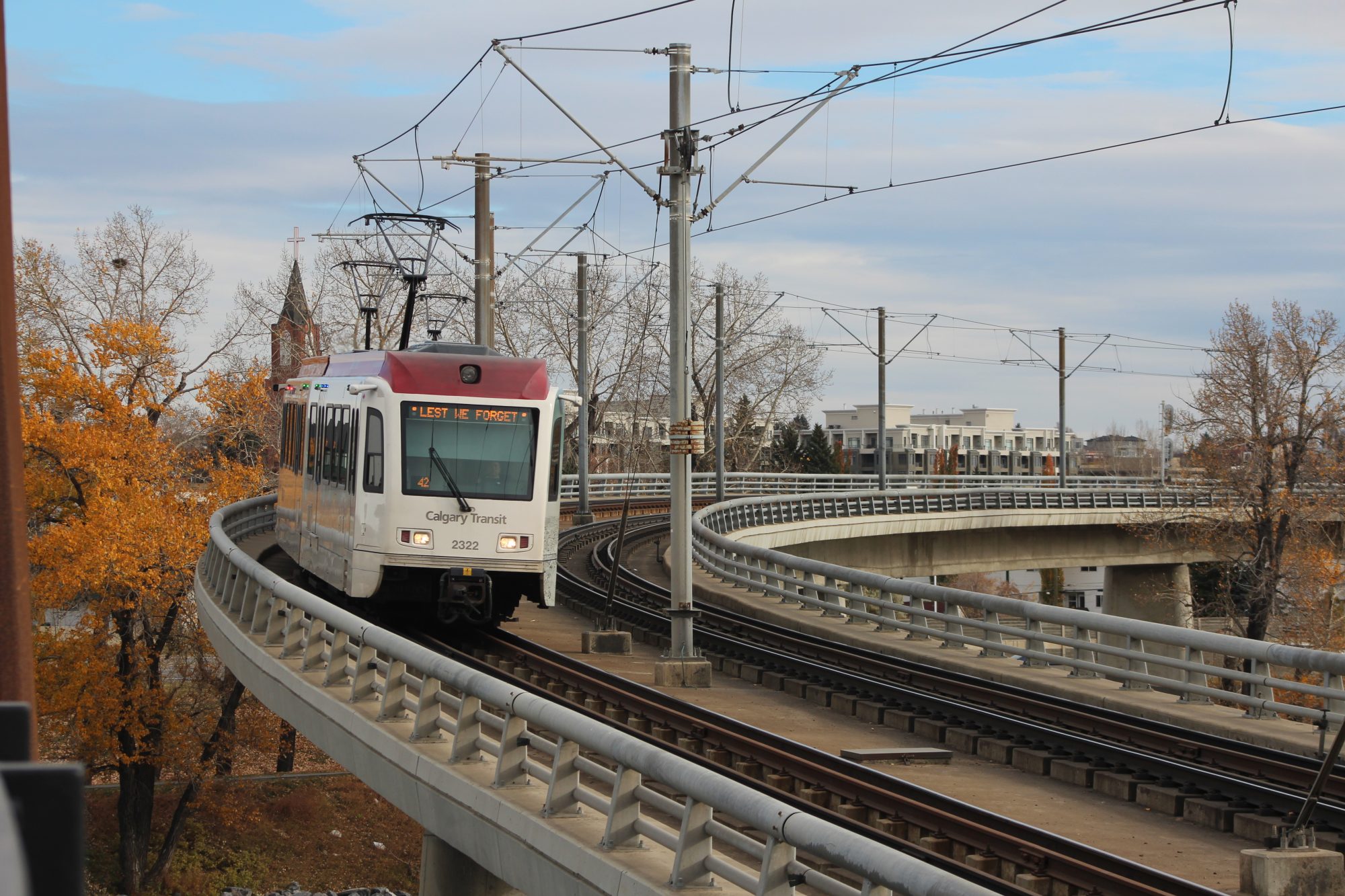 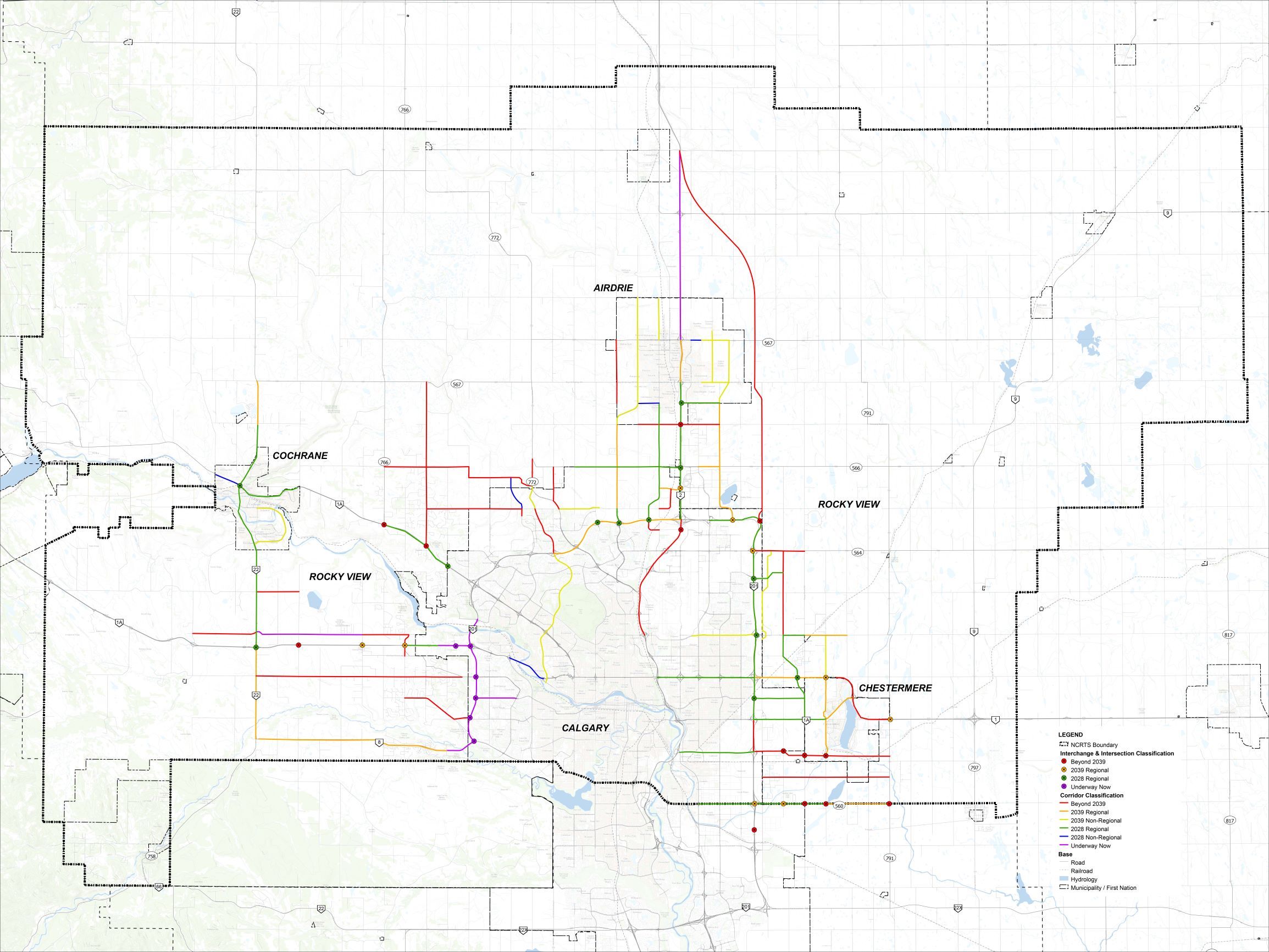 The final component of the evaluation framework was to develop scoring definitions for each criterion. The best practices scan had confirmed that scoring is generally best done on a 1 or 2 point scale, as opposed to a 5 or 10 point scale, so that the scoring definitions can be more objective. The NCRC reached consensus to use a 1 point scale, with the only possible scores being 1 or 0 – either a criteria is met, or it is not. This improves the objectivity and repeatability of the process, without the risk of having “grey areas” on a higher-point scale that could be used to unduly influence the scoring and priorities.

Development of an Evaluation Framework was a key component of the study. The framework was intended to be flexible enough to apply to a variety of applications ranging from scenario evaluation to project prioritization, but also needed to be objective and grounded in technical fact to ensure that the study outcomes were defensible and repeatable. The study-specific framework was then developed by the NCRC through a series of two interactive workshops facilitated by ISL.

Recognizing that most evaluation models group individual evaluation criteria into higher level categories, ISL first worked with the NCRC to identify over 100 potential criteria and then facilitated a grouping exercise to combine these criteria with common characteristics into five broad categories. The best practices review also revealed that, for simplicity of application, generally the weighting of criteria is best done at the category level, with equal weight then given to criteria within that category. To attain this, ISL next led the NCRC through a pairwise comparison exercise to determine the relative weighting and priority among the categories. The pairwise exercise essentially involves looking at each pair of categories, and then reaching a consensus decision on which of the two is more important than the other, and by what degree. No middle ground is allowed in this exercise – one of the categories must be agreed to be more important than the other. With these pairwise decisions made for every possible pairing, the relative weighting can be mathematically determined through weighted averages. The calculated weightings were then rounded off and finalized by the NCRC.

“I think a key part of the success of the NCRTS was the process itself. Every decision and recommendation was based on collaboration of the whole group, and we all brought a spirit of open communication and understanding to these discussions. The nature of the study required us to find balance among trade-offs, and ISL’s facilitation was always conscious of ensuring that we had unbiased technical information and that the voice of each municipality was recognized equally. By reaching consensus at each stage in the study, buy-in for the final outcomes and recommendations followed very naturally.”

Road Map for the Future

With recommended 2028 and 2039 regional transportation networks and an evaluation framework developed through cooperative participation and consensus building early on in the NCRTS, the project evaluation and prioritization became a more objective exercise.

The final deliverable for the NCRTS was a ranked priority list for the recommended 2028 and 2039 regional infrastructure. A “top ten” summary of the highest-evaluated 2028 projects helped highlight the most urgent infrastructure needs for the region, and did ultimately include several of the projects that individual municipalities had been highlighting as priorities for many years before the NCRTS.